On July 24, 2004, The Who closed the Yokohama show with an explosive performance of a medley from Tommy, which came to a crashing end when Pete obliterated his guitar. This would be Pete’s last guitar smash (to date), which he did to celebrate not only The Who’s first visit to Japan, but also as a special birthday tribute to his partner Rachel Fuller. At the time, Pete claimed that this was to be his final guitar smash. The Yokohama show was televised on Japanese TV in high definition, so the special moment was captured on high quality video. 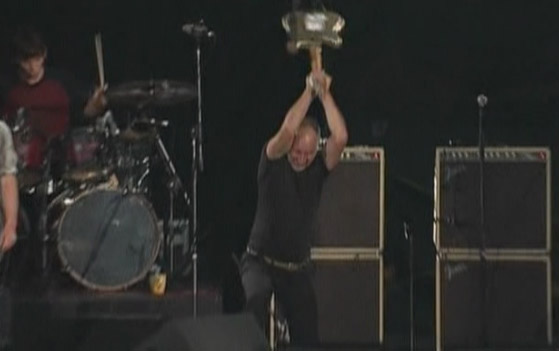 A couple years later, Pete and Rachel commissioned Jimmie Martin to design a beautiful table out of the guitar, which was signed by Pete and was featured on In The Attic when they hit the road in 2006. All the artists who joined Pete and Rachel in their mobile studio signed a drawer in the table, and at the end of the tour it was auctioned off for charity. Roger Daltrey recently mentioned in a Q&A on Reddit that he now owns it, “I do have one of Pete's guitars, the one he broke in Japan, that is my own personal memento of all the ones he smashed.”  For more information, please visit the ITA history page. 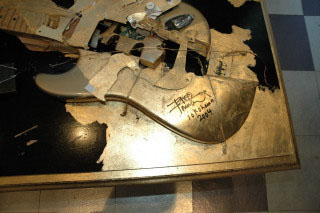