Pete Townshend's Classic Quadrophenia Live From The Royal Albert Hall premieres on PBS stations beginning November 28, 2015! Check your local PBS TV schedule listings to find out when it is playing in your city.

For more information about the show, please visit our Classic Quadrophenia concert page.

Check out our new history page Music of the spheres - the orchestral music of Pete Townshend! 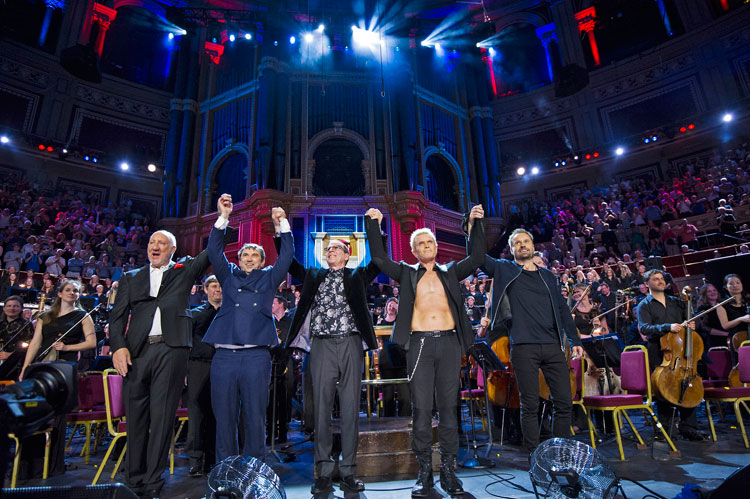 As a leading icon of the British music revolution of the 1960s, Pete Townshend made his name by creating the power chord, smashing guitars onstage, and penning anthems of teenage rebellion like My Generation. Now, at 70 years old and half a century after he penned the archetypal rock lyric “Hope I die before I get old,” Townshend has created a “classical” version of one of The Who’s landmark albums – Quadrophenia – for a symphony orchestra, opera singer and choir. Orchestrated by composer/singer-songwriter Rachel Fuller and performed by the Royal Philharmonic Orchestra this past July, the concert was filmed live at the Royal Albert Hall in London. Appearing are Townshend himself and popular British tenor Alfie Boe along with special guest performances by Billy Idol and Phil Daniels (the original Jimmy in the film version of Quadrophenia).

The new incarnation of this classic rock opera is the latest chapter in Townshend’s lifelong mission to break the three-minute mold of the traditional pop song and take rock music to a higher artistic level. In the 1960s he defined the concept of the “rock opera” with Tommy, taking it a stage further with Quadrophenia.

Conceived and written by Townshend in 1973, Quadrophenia went on to become a feature film and a theatre production, and was performed in its entirety on The Who’s most recent live tour. For the last three years Townshend has worked closely with professional composer, orchestrator and singer-songwriter Rachel Fuller (who also happens to be Townshend’s partner) on brand-new arrangements for orchestra, soloists and choir. The critically-acclaimed album, Pete Townshend’s Classic Quadrophenia (Deutsche Grammophon/Universal Music Classics) was released earlier this year, to which Britain’s Independent newspaper wrote, “Quadrophenia’s place in the classical canon is assured.” Classical Voice America said it best of the album: “it confirms the durability of Pete Townshend’s songs and concept; unlike most attempts to convert pop or film scores into symphonic lollapaloozas, this one repays repeated listening because the songs are of such high quality.” 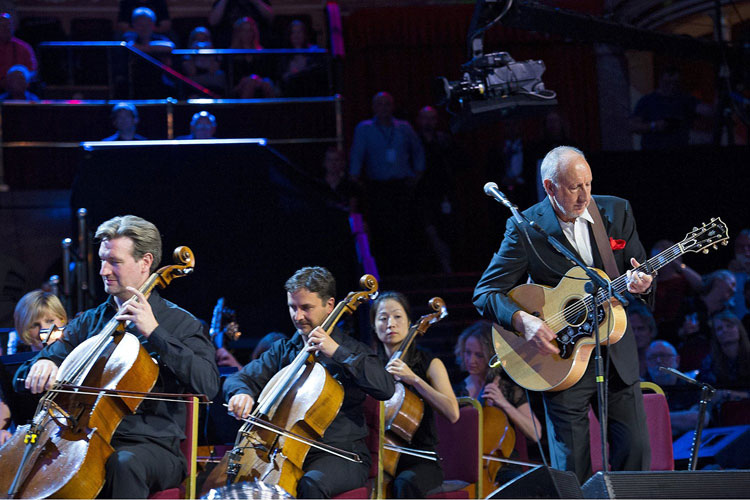 Alfie Boe, who sings the parts originally performed by Roger Daltrey, was born the year Quadrophenia was released, but has been listening to it for years. “It’s in my blood,” Boe says. “I grew up on rock music and always had that fantasy of being a rock singer before I trained as an opera singer. I’ve always thought the classical voice can lend itself to this type of repertoire. It’s harder than opera, but thrilling to sing. The music is so full of excitement, positivity and strength – I wouldn’t separate it from a symphony by Beethoven or Mozart.”

Commenting on Alfie Boe taking the “lead” role, Townshend says: “Alfie is a true star, who gives every performance his all. He reminds me of Roger Daltrey in that – he’s also a real pleasure to work with. I never thought I’d hear a classical tenor singing my songs, and for them to work so well – but Alfie makes it happen.”

The Classic Quadrophenia concert is also available on DVD and Blu-ray! 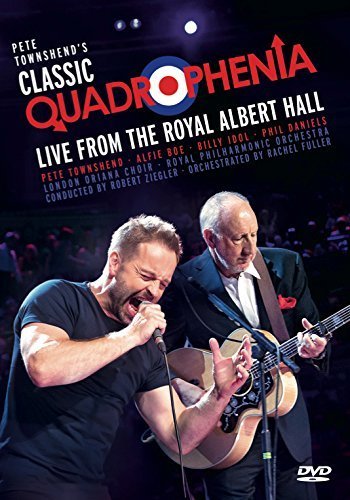