Tim Gorman has the distinction of being one of the few keyboard players who has both recorded and toured with The Who. In 1982, he recorded electric piano and synthesisers on The Who’s “It’s Hard” album, and played keyboards on the accompanying “The Who Across America” tour. Tim's Who connections date back to the mid 70’s, when he got his start working for record producer Glyn Johns, and was close friends and room mates with drummer Kenney Jones. Tim has had a long and varied career working with legendary artists, and composing/producing music for his solo projects, film soundtracks, and games.

Tim was kind enough to answer a few questions about his career and the work he has done with Pete Townshend and The Who. Enjoy! 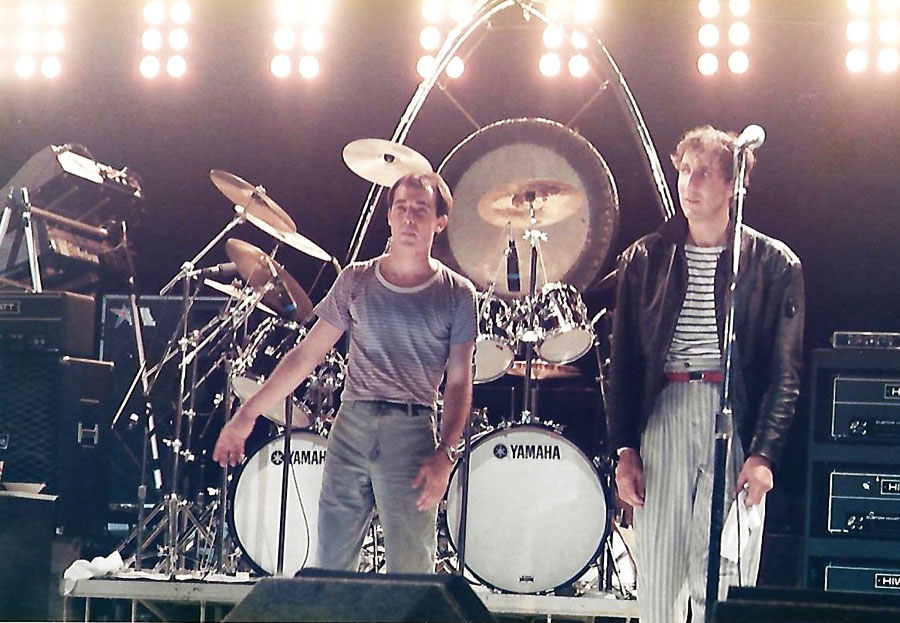 Tim, you have had an impressive career working as a session keyboard player with a wide range of legendary artists such as The Who, Rolling Stones, Jefferson Starship, and many more, before moving into more of a role as music producer and composer. When did you start working with keyboards and electronic music technology, and who were your early influences?

The first musical experiences I enjoyed were all in classical music. I began my piano studies at age 4, and then jazz piano at 12. Rock, Pop and R&B followed shortly after that. My early electronic influences were John Cage, Wendy Carlos, Paul Beaver, Edgard Varèse, Morton Subotnick, and Terry Riley. I collected early electronic keyboards as well as a teenager, and bought my first Moog Synth when I was 18. 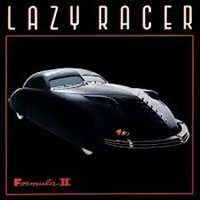 Early on you worked with Glyn Johns, who is famous for producing albums for The Who and many other classic rock bands. Can you discuss your association with Glyn and the projects you worked on with him?

My work with Glyn Johns started in 1975. I was working as a session musician at Kaye/Smith Studios in Seattle, WA. I worked with lots of singer/songwriters there and in Portland, OR. The people who actually worked at the studio could make demos on down time. The demos came to the attention of Eric Kronfeld who represented Glyn. Glyn heard the tapes and called and said he was forming a new production company, and asked would we like to come to the UK and try out. I never thought I’d get it but I did. I had a record deal and steady session work under a 5 year contract. Also, the session group of musicians in the UK became the band called Lazy Racer on A&M Records.

How would you describe the production and engineering techniques Glyn used that were unique and special to him?

Glyn’s style of production is more open. Ambient micing techniques, no containment of drum sounds. When The Who recorded tracks for “It’s Hard”, we played in the same room together.

You have been friends with Kenney Jones for a long time, and were room mates when he was asked to join The Who after Keith Moon died in 1978. How did you meet Kenney, and what do you remember about those days?

Everything came about through my working with Glyn. I met Kenney because Glyn produced The Faces and they worked together a lot. Kenney is the most amazing drummer. His groove is phenomenal. Also, he is a great friend.

When did you first meet Pete Townshend, and how did you end up working with The Who?

I first met Pete in 1978. It was at a Who gig in the UK. I had finished the second Lazy Racer album and was told that Pete liked some of the keyboard playing. A few weeks later I got a phone call from Glyn that I had been offered the keyboard spot on the upcoming recording. 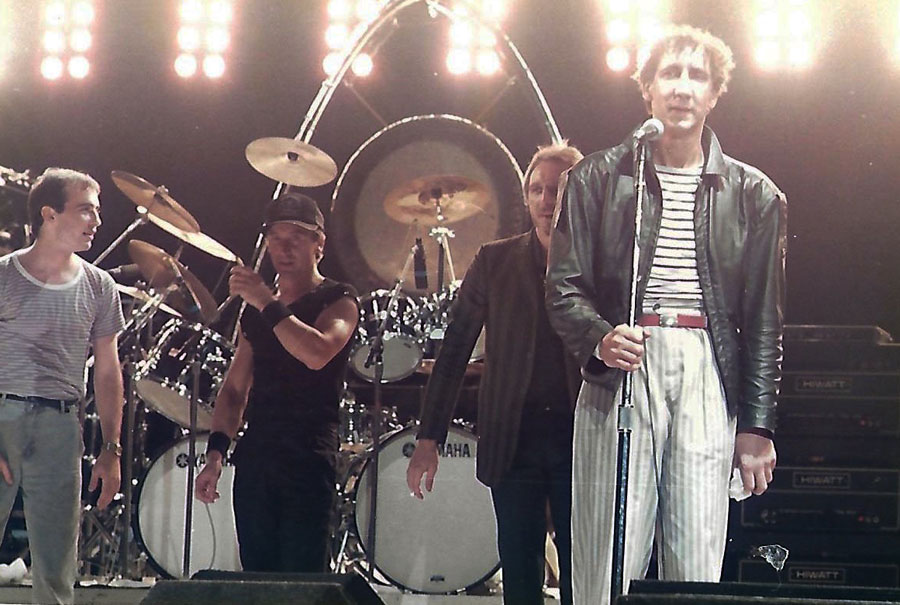 In 1982, you recorded synthesisers, organ and electric piano on The Who’s “It’s Hard” album. What do you remember about those recording sessions?  Did you record at the same time with the rest of the band, or was your work done later?

I recorded or overdubbed with the band. I remember the great music in the room. Playing everything live on tracking days. Waiting to hear Pete bring in the next demo for the next song. Couldn’t wait for that. Also, how giving and kind they have always been to me about sharing their musical ideas. Stories by Pete at dinner. Rock Heaven!

What was the general process for laying down your tracks, and what electronic music equipment did you use?

Live tracking dates out in the room to begin with. For instance “Athena“ was Pete on J200 Gibson Acoustic, me on Fender Rhodes electric piano, John on the Buzzard bass made by Warwick for him, and Kenney on his kit of Yamaha drums. Pete would switch off to electric depending on how he wanted to structure things musically.

You played electric piano on “Eminence Front”, including accompanying Pete Townshend’s famous synthesiser intro. What do you remember about that musical collaboration? Did Pete instruct you on what keyboard parts he wanted you to play, or was he open to your musical ideas?

"Eminence Front", was the only track on the record that wasn’t recorded with a live tracking date. All overdubs. First Pete’s sequence and then the chord structure and harmony. Pete asked me to come up with a piano part like Mose Allison. So, I did and that became the piano part for the song. 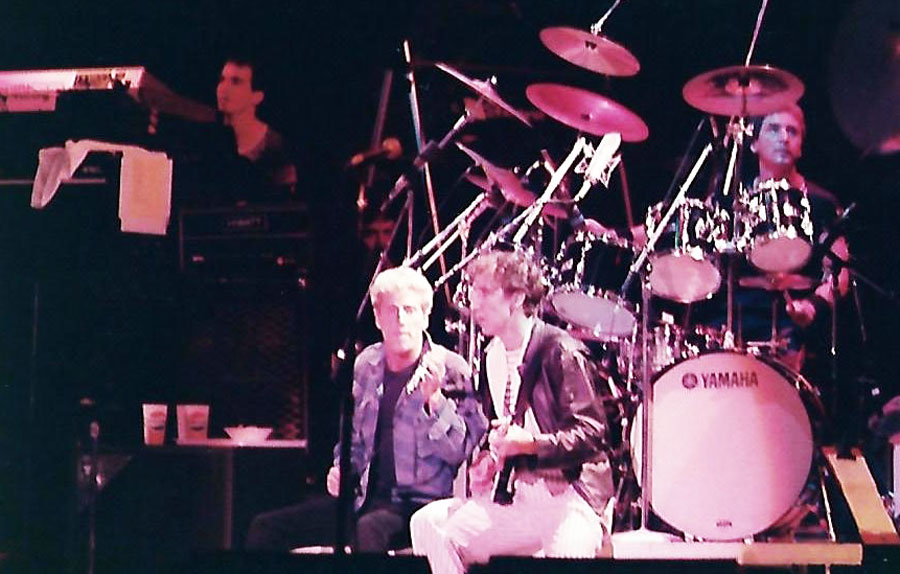 You ended up touring with The Who on their farewell tour "The Who Across America", playing in huge stadiums across North America to help promote the “It’s Hard” album. What was it like touring with The Who, especially on what was supposed to be their final shows ever? How was the relationship between Pete, Roger and John during this time, and how did they interact with you and Kenney?

There was no Final Tour announcement initially. It was a lot of fun touring with them. We were all getting along fine relationship wise. You have to understand that touring work is physically very taxing. Also, they are under a lot more pressure than I am dealing with everything that surrounds The Who. My take was that Pete needed a break for a while.

What keyboards did you use in the studio and on tour when you played with The Who?

For the tour, I started out with 9 keyboards at rehearsal and then cut it down to 5 by the time the tour started. I added an additional Oberheim synth. In the studio we used Prophets a lot. Love that synth! The other keyboards were acoustic piano that I used on a tune like “When A Man Is A Man”. I played a Prophet 10, Oberheim 8 & 4 Voice, Memory Moog, and Fender Rhodes. I did most of the programming unless there was a specific sound they had come up with. 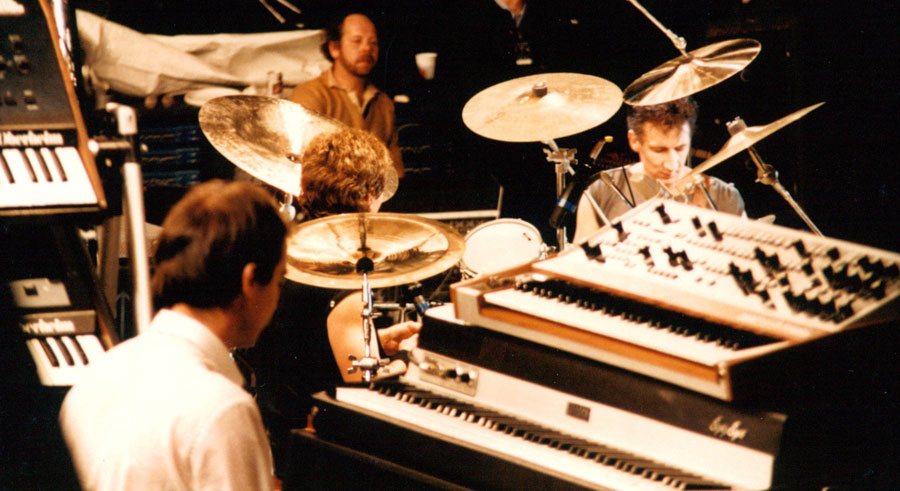 You also recorded keyboards with the Rolling Stones on “Emotional Rescue” and “Tattoo You”. How would you compare recording with the Stones vs. The Who?

The process was very similar. I did live tracking with them on “Neighbors” but then on “Indian Girl” it was overdubs. It went back and forth like that depending on how they were putting the tune together.

In the late 80’s you worked with John Entwistle to record keyboards on his album “The Rock”, and later went on tour with him. What all do you remember about the recording sessions? Do you have any stories to tell about playing with John?

The recording sessions were at John’s private studio in Quarwood. The gig in Ventura, CA was a classic! A revolving venue overlooking the pacific ocean. When John hit the stage and realized that the “Room Was Moving“, he didn’t want any part of that. It was disorienting. We were laughing so hard we could hardly play. Gig went fine. Next. 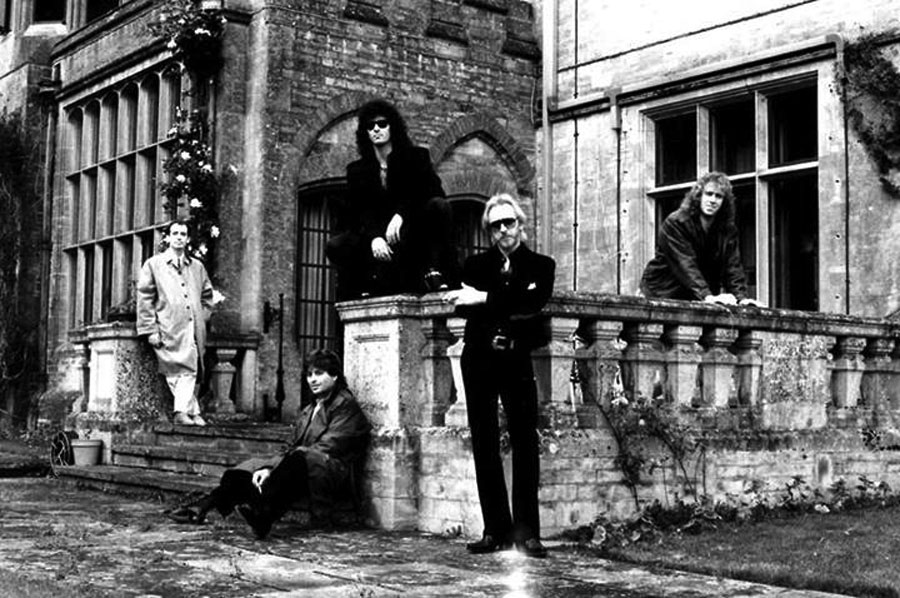 You have also done a lot of work as a composer and a music producer. Can you describe some of your recent projects?

I’ve orchestrated 2 new musicals here in PDX (Portland, OR), and produced a 20 minute score for NIKE multimedia. I am currently forming a new band and working on the first video for that.

What electronic music hardware and software are you currently using?

That all sounds exciting Tim! Thanks so much for answering our questions, and best of luck with your new projects!