We are sad to announce that Andy "Thunderclap" Newman has passed away this week. Andy was the keyboard player of the 1960's band Thunderclap Newman. Pete Townshend put the band together to record for The Who's label Track Records in late 1968, and produced their critically acclaimed album Hollywood Dream which included their famous number one record "Something in the Air", a song that is as relevent today as it was when it was first released in 1969. Pete also played bass under the alias 'Bijou Drains', along with Pete's driver John 'Speedy' Keen on vocals and drums, and 14 year old Jimmy McCulloch on guitar, who went on to play in Paul McCartney's Wings.

Pete described Andy in a promotional interview for Hollywood Dream in 1969.

“The first time I met Andy Newman I was at art school. Everywhere I went in the college one day, there was posters saying Thunderclap Newman plays today. So we all thought Thunderclap Newman must be an obsolete jazz star. So we collect in the theatre and waited. And out of the corner of my eye I see this peculiar guy with… the first image I got was his shape, which was a bit like a turnip. And he gets on the piano and starts to play, and as his fingers starts to tinkle, you know, I mean the magic mood that just sifted through. After the theatre appearance he disappeared, and then friends and I used to get hold of tapes of his and listen to them, and then completely like worship him from afar. I remember the second time I met him we saw him in the street, my mate and me, we saw him walking in the street, looking in the gutter at things, and stopping and taking off his glasses and looking at something here and something there, and stroking his beard, and walking on a bit. And we were following him going ‘Blimey! It’s him! It’s Thunderclap Newman!’ Like a couple of teeny boppers. And just as we were about to scream and ask for his autograph, he got on a bus and disappeared. Andy is a complete farse, he’s a walking farse. Just the sight of him makes me laugh sometimes. All though I’m getting used to him now. His music though, I never laugh at that.  I mean if I do laugh, it’s laughter of someone who is hysterically happy. His music is just completely… I feel that it’s partly mine. And I think a lot of people get that feeling. ” Pete Townshend in 1969 promo interview for Thunderclap Newman Hollywood Dream

“Music is a form of expression which transcends language and words. I feel that it has a greatness which surpasses mere material things. And if I die having done something musically great, I will die happy. But if I don’t do anything really good musically, and I have no intention of doing anything good musically 5 minutes from this second, I shall put a bullet through my head.” Andy “ Thunderclap” Newman - 1969 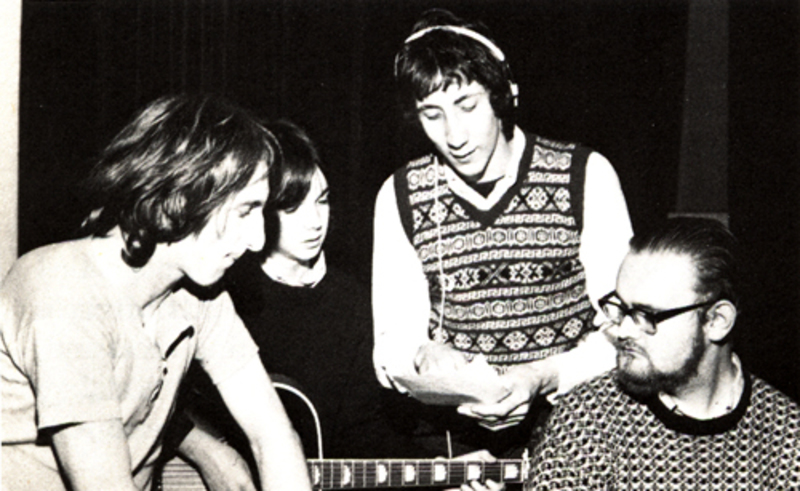