After weeks of rumours and speculation followed by sound bite videos from the artists mysteriously proclaiming “October”, the mega concert featuring The Who, Bob Dylan, Neil Young, Rolling Stones, Paul McCartney and Roger Waters was officially announced today. The “Desert Trip” festival will take place at the Empire Polo Club grounds in Indio, California on October 7, 8, 9. The Who will close out the weekend with Roger Waters on October 9.

Goldenvoice, the organizers of the hugely popular Coachella Music & Arts Festival that is also staged in Indio, wanted to put on the ultimate rock show with the best of the best artists from the 60’s who are still active and touring.  The Who just added a series of UK and Europe summer shows to their extremely successful The Who Hits 50 tour that will take place shortly before the festival, so they should be smoking hot for this one!

It will be an event of a lifetime for sure, so you don’t want to miss it! Fingers crossed the shows will be broadcast live somewhere.

Passes for the festival go on sale May 9 at 10AM Pacific Time. For more information, please visit deserttrip.com.

To view The Who's full tour schedule and concert pages, please visit The Who Hits 50 tour page. 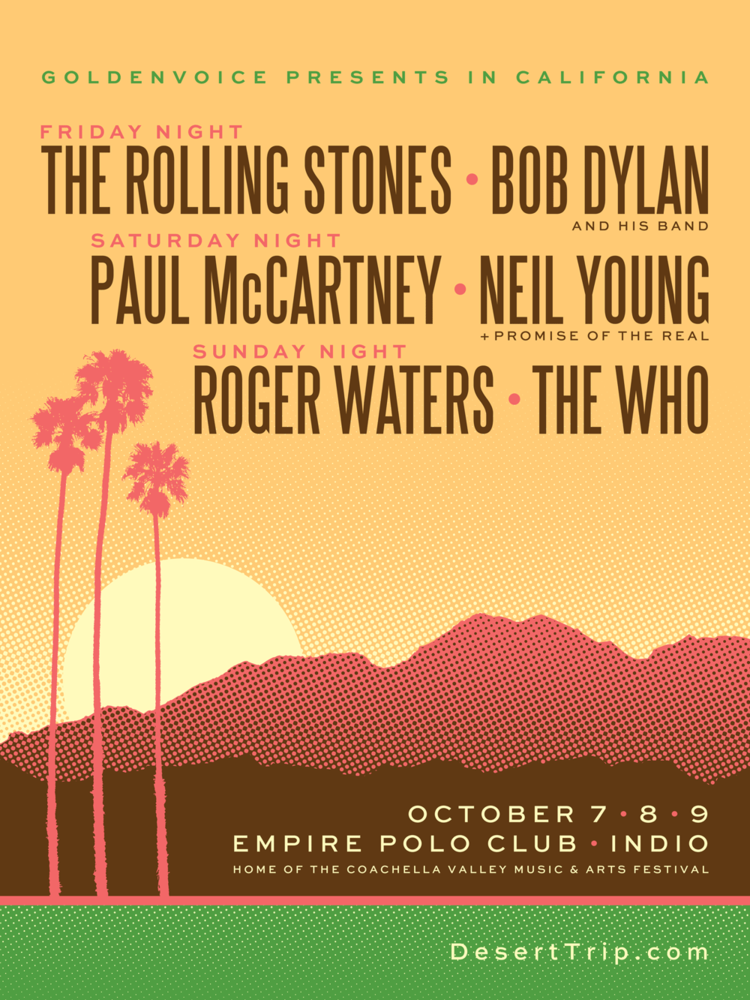