Pete Townshend has generously donated his number 6 gold Stratocaster to help raise money for Stagehand’s #ILoveLive campaign, which is providing financial help for UK stage crews who have been impacted by the Covid-19 pandemic. There will be a prize draw that goes until December 17th where you can enter to win this guitar. The winner will be announced on Tuesday, December 23.

For more information on how to enter the prize draw, please visit https://www.crowdfunder.co.uk/win-pete-townshend-guitar.

Here’s a message from Pete posted on the Crowdfunder page:

“I’m so glad of this opportunity to try to help touring crew people who have been out of work now since March. I have two family members, nephews who work in stage lighting, and despite government help their employing companies are really struggling.

Many of the backline crew for The Who have equally become family friends. Most crew people work hand to mouth. It’s true that they are fairly well paid compared to some others, and their life is interesting and exciting in some ways. But it is extraordinarily tough. They endure long periods away from home, tricky partnership issues, away from their children and parents for long periods. Physically it can be brutal. The mental issues that arise from the life are not as well known as those suffered by spoiled brats on the stage like me, but they are equally disturbing and hard to treat. Their entire circle of family and friends are affected. Many don’t have much of a life when they are not on the road, and touring becomes what they live for.

When live performing returns we will expect all these people to suddenly pull themselves together and do their jobs again, without complaint, and with smiling faces. As an individual there is not a lot I can do to help the thousands of people who have been hit by this pandemic. I do help some individuals of course, but this auction and campaign is a chance to show how much we care for everyone in this industry, and that we understand exactly what privations all our people are suffering, especially those who get the shows up and running for us in every venue.”

Pete played this number 6 Gold Strat on the songs Eminence Front and Baba O’Riley during The Who's 2006 / 2007 tour, and more recently at the 2019 Wembley Stadium show.

Here are a few photos of this beautiful guitar in action. Many thanks to everyone who contributed these photos to the Wembley concert page on this site, and the longliverock.org concert calendar back during the 2006/2007 tour. 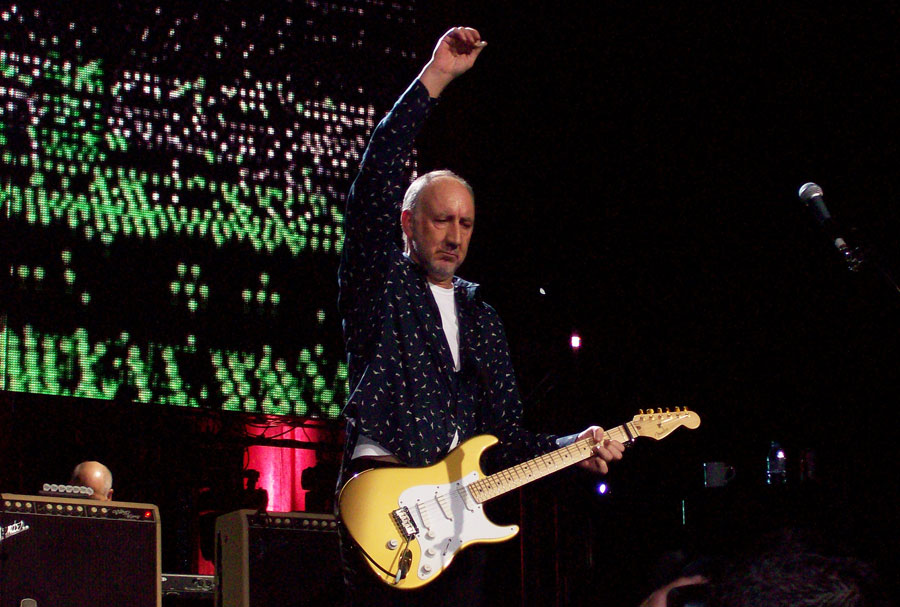 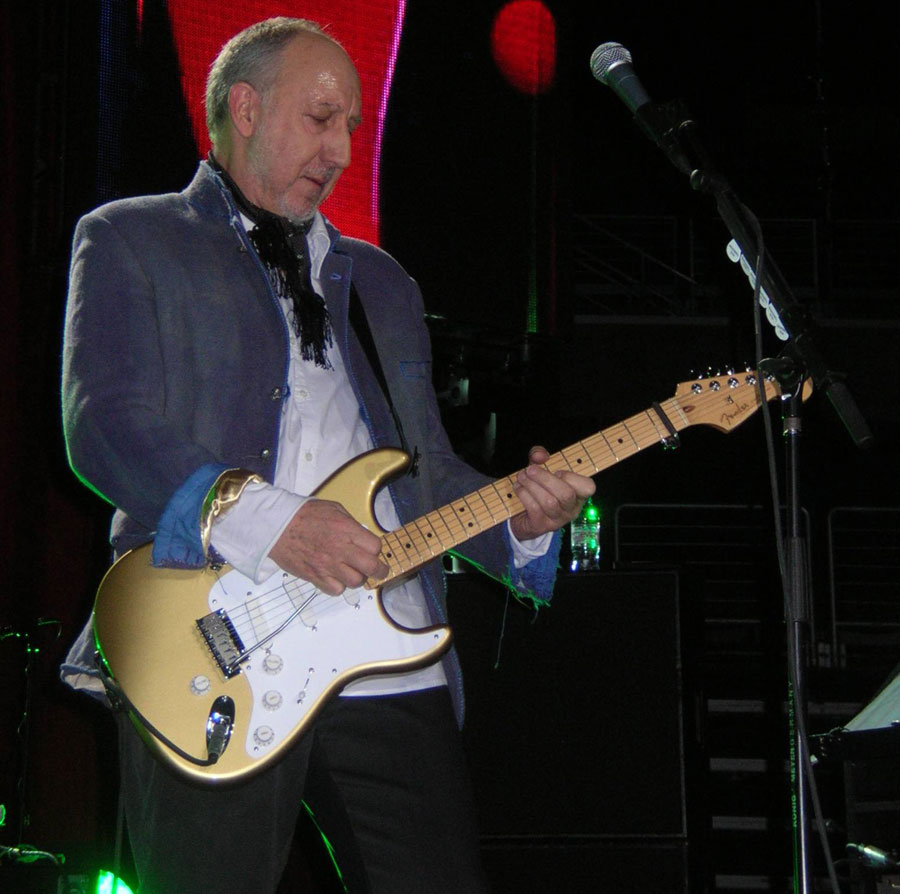 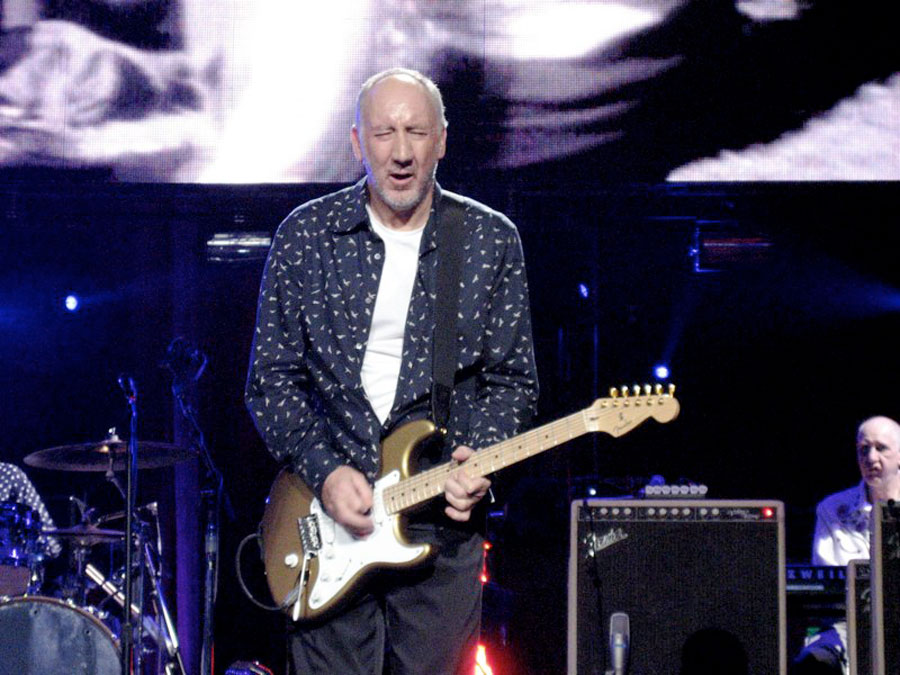 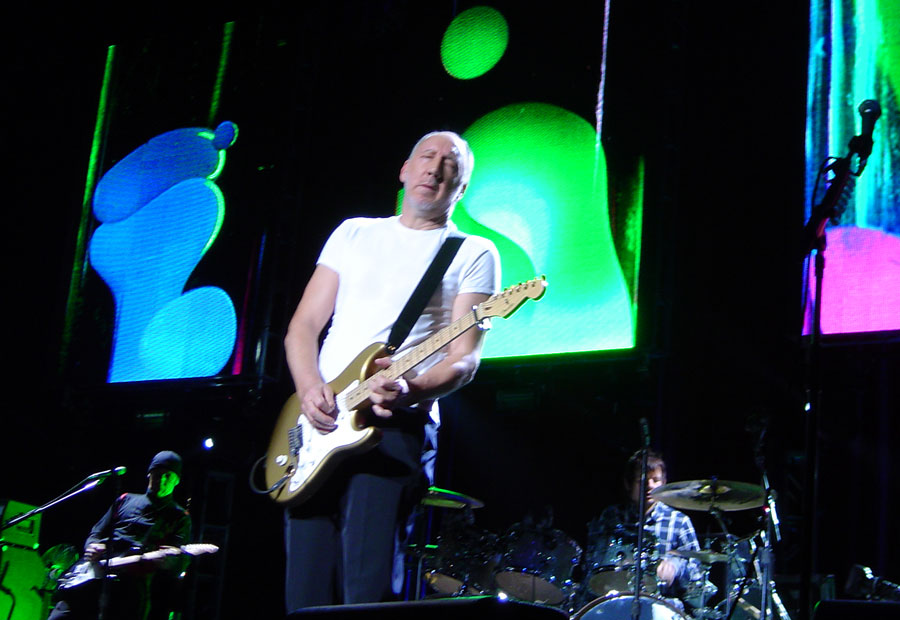 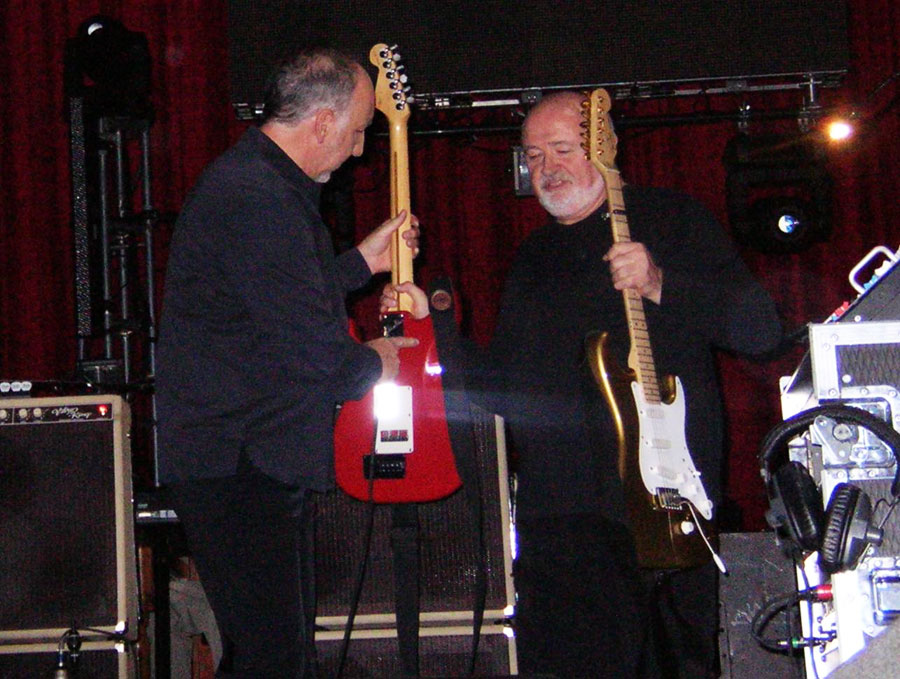 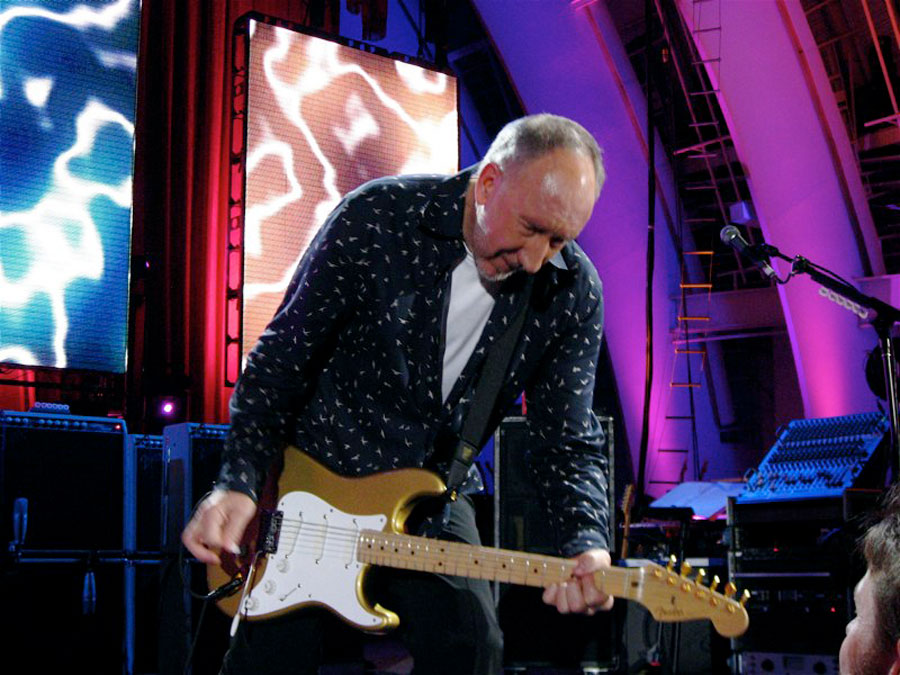 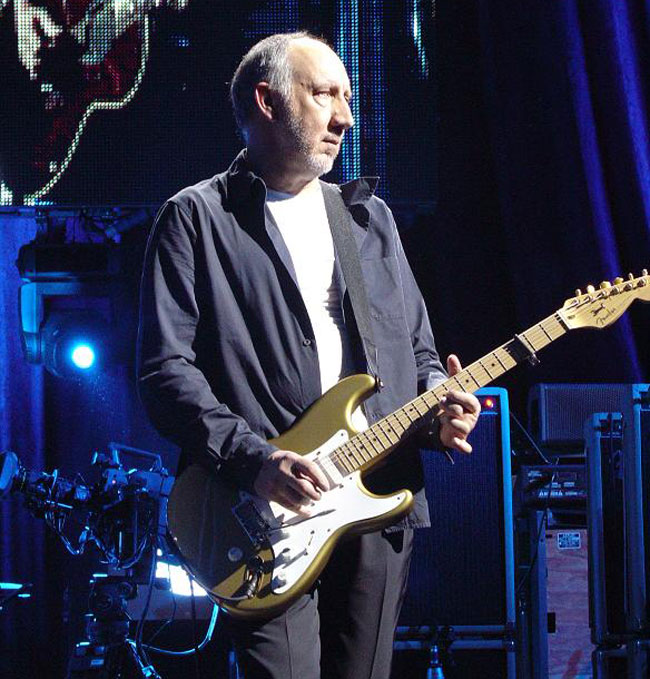 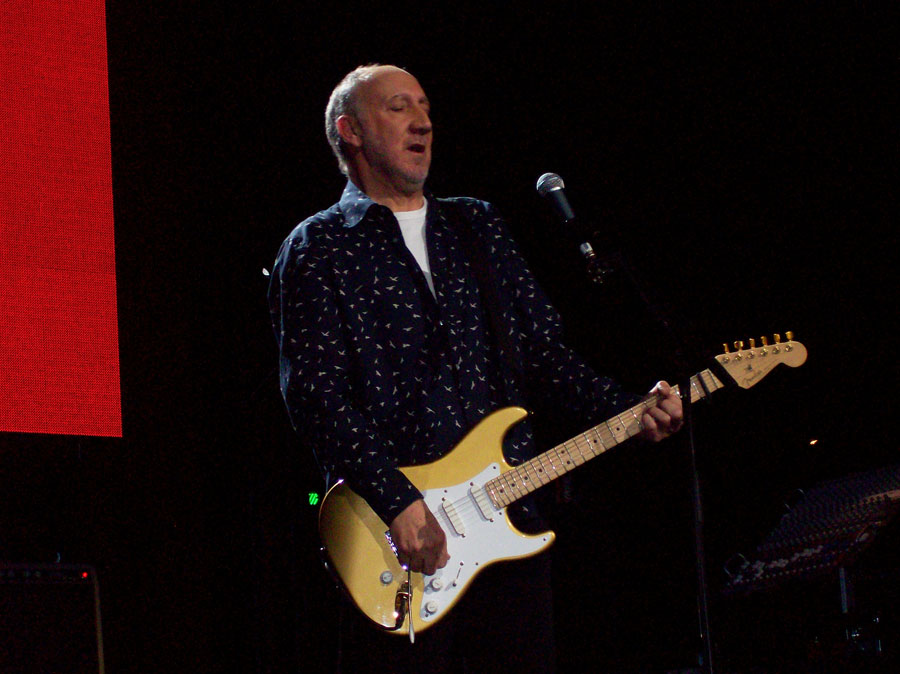 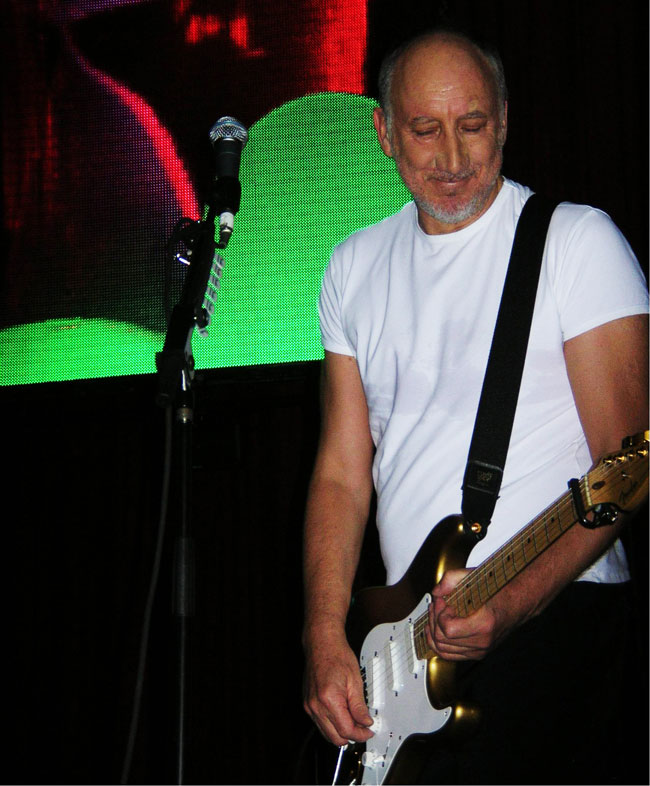 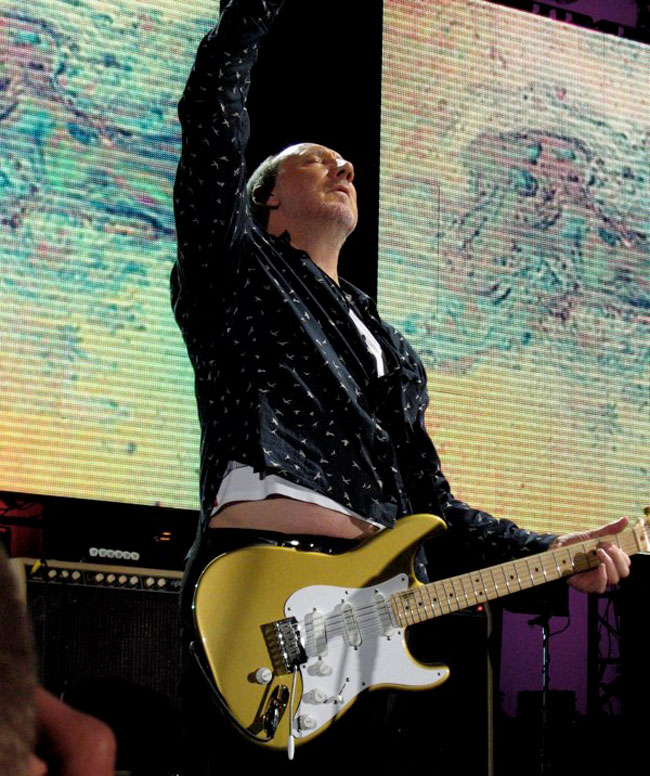 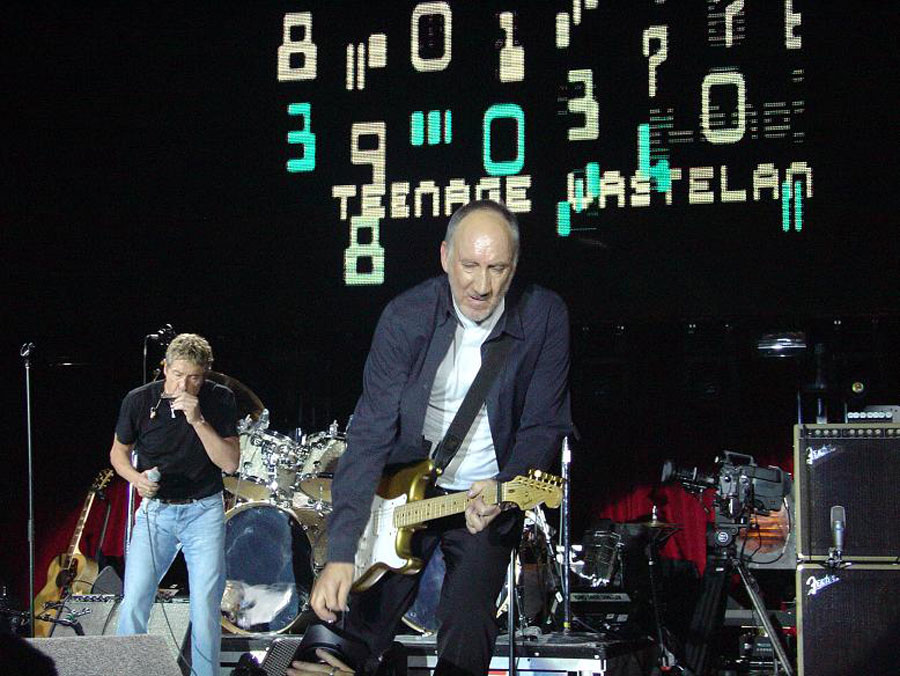 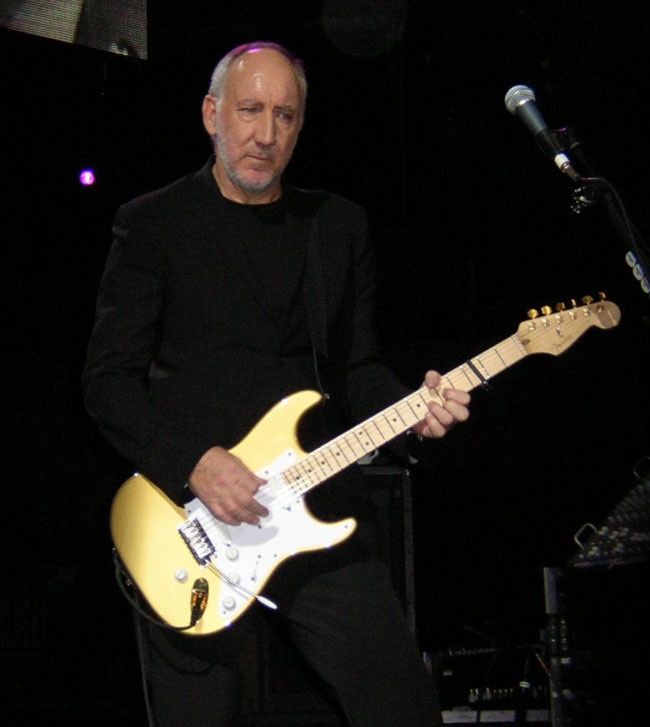 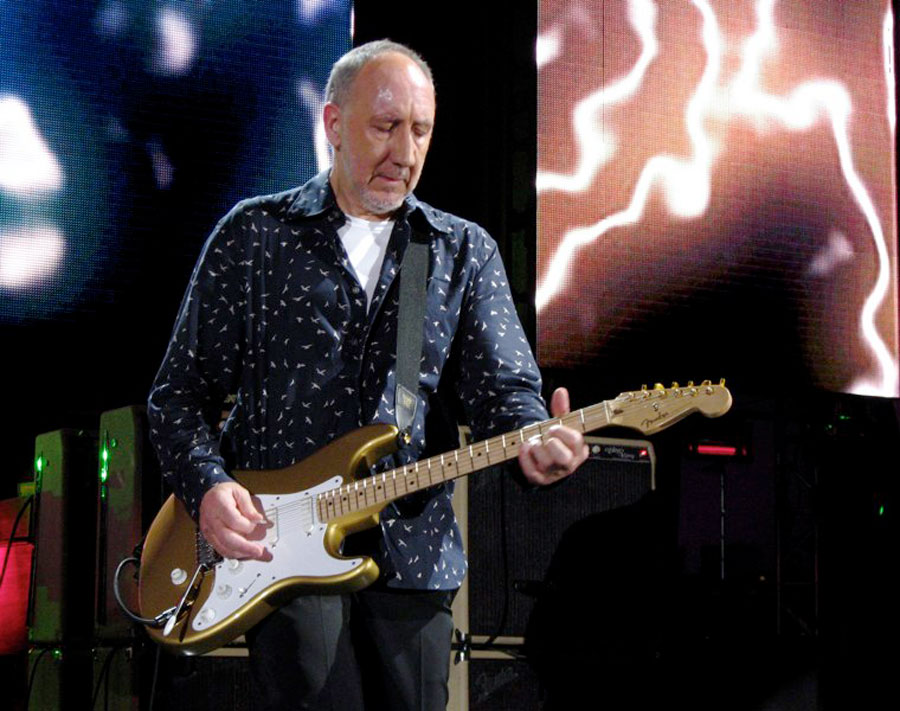 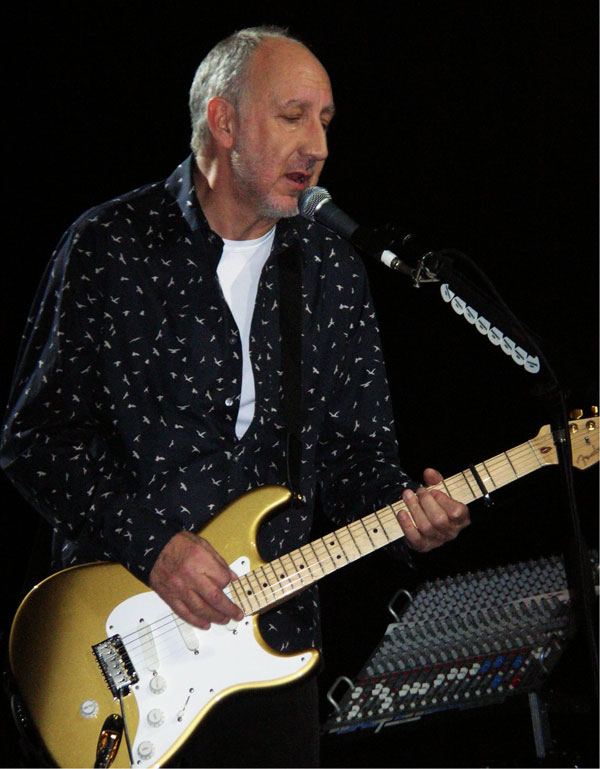 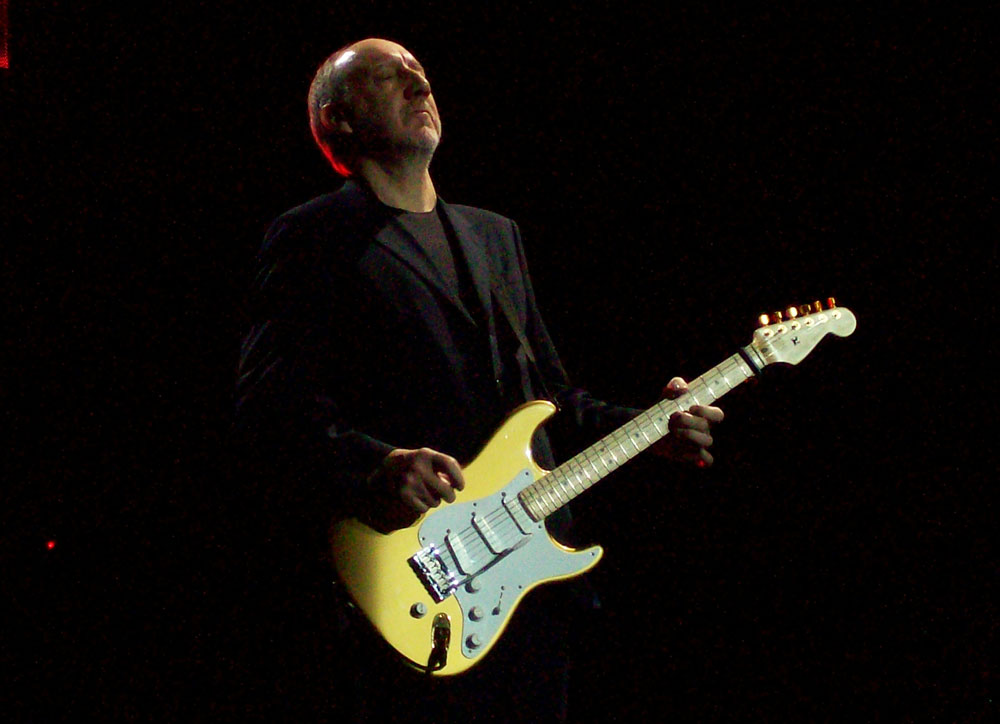 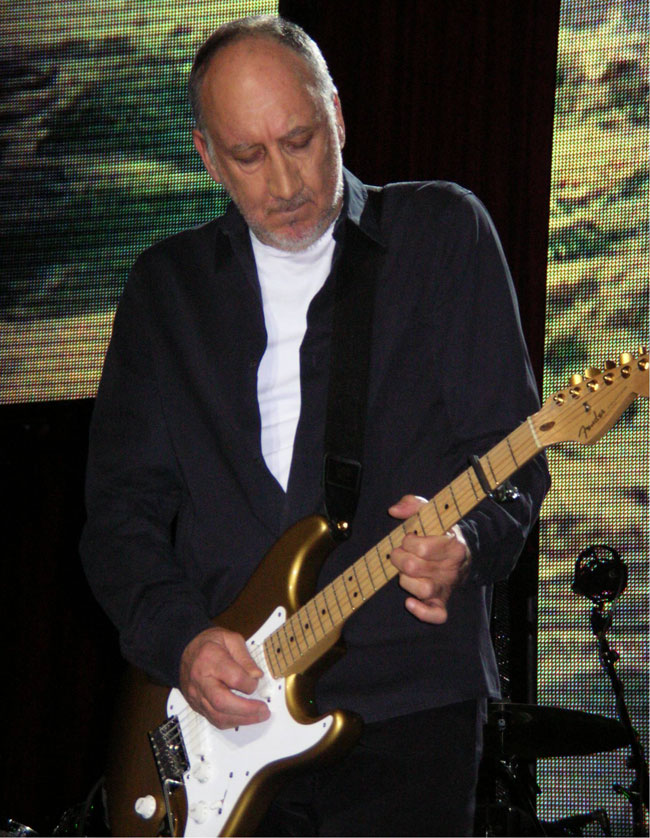 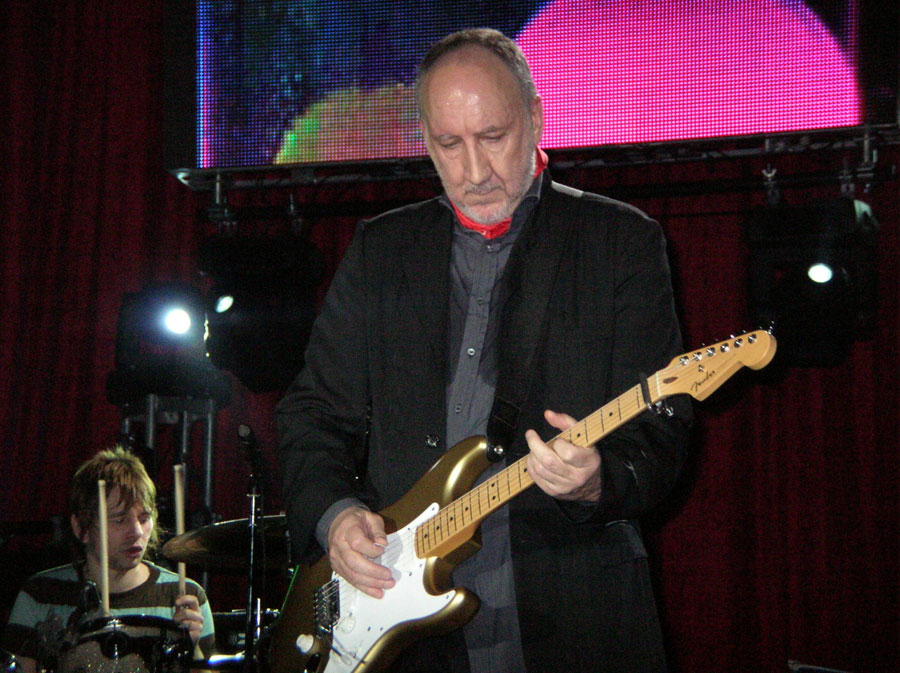 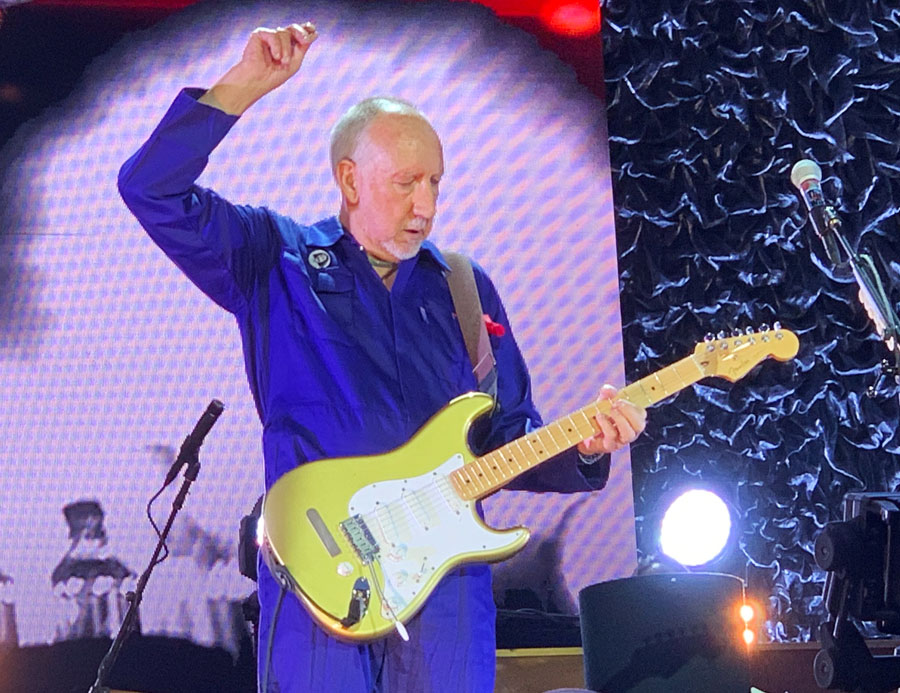 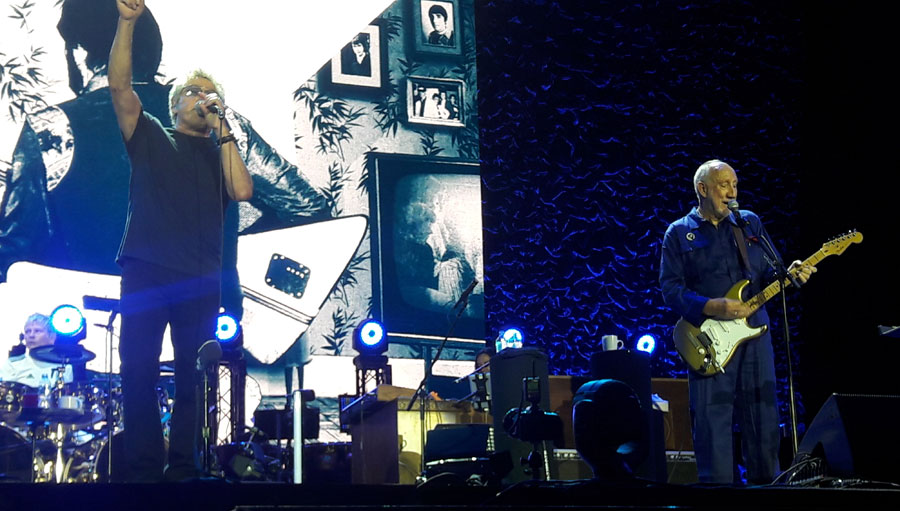