Pete Townshend has added his distinctive acoustic and electric guitar parts and backing vocals to the fantastic Slim Chance track Traveller’s Joy, which is on their new album The Phoenix Tapes. The song was written and sung by Pete’s long time friend and musical associate Billy Nicholls.

Traveller's Joy has been kicking around since the 70's, and has an interesting story behind it that Charlie Hart, one of the prime movers behind the reforming of Slim Chance in 2010, was kind enough to tell us about:

Way back in the sixties, Billy Nicholls and Ronnie Lane were good friends who collaborated on each other’s musical projects. The Small Faces and Billy both happened to be signed to Immediate Records, and Pete Townshend was good friends with both of them.

Some years later, soon after Ronnie left the Faces, he embarked on a rambling troubadour style escapade round Ireland, accompanied by his friend Billy, and Katie Lambert who he would later marry. They travelled in Ronnie’s Land Rover and stopped off at numerous pubs, singing and carousing as they went.

Following this trip, Ronnie founded Slim Chance, but Billy pursued a different path, working on his own solo projects and also extensively with the Who. Inspired by his Irish trip with Ronnie, Billy wrote Traveller’s Joy and he included it on his 1974 album, Love Songs.

Many years later in 2016, Billy met up with Charlie Hart (when they were both playing in an acoustic line-up put together by Roger Daltrey), and this led to Billy joining the reformed Slim Chance, but sadly without Ronnie who had died of MS in 1997. Billy played on the band’s album ‘New Cross Road’, contributing a great version of Annie, a song of Ronnie’s from Rough Mix, Ronnie’s acclaimed album with Pete, that Billy also contributed to.

The backing track was originally recorded by Pat Collier at Perry Vale Studios way back in November 2017 (produced by Pat and the band). Billy also recorded his acoustic part at his house in Lyme Regis.

As the track was unfinished, the band asked Pete if he would like to add a guitar part, and were delighted when he agreed. As the country was in lockdown, Pete recorded his parts (both acoustic and electric guitars, and backing vocals too) at his own studio in March of this year.

The result is to be heard on Slim Chance’s recent release The Phoenix Tapes. Besides Billy on vocals and Pete on guitar, the track features Brendan O’Neill on drums, Steve Bingham on bass, and Geraint Watkins on keys. I didn't play on it but coordinated (ie produced) the later stages of the track at my studio (Equator studios) and did the mix which is released as one of the Phoenix Tapes.

There are plans for a video to accompany it in due course, and at some point in the future we will release an interesting remix by Morgan Nicholls, Billy's son.

So in a way this recording of Traveller’s Joy represents the reunion of three old friends, Pete, Ronnie and Billy. It’s a wonderful song and Slim Chance are very happy that Billy has found his place in the band, finally!

Many thanks to Charlie Hart for all his contributions! The whole album is great, so be sure to buy the CD!

For more information about Slim Chance and to purchase The Phoenix Tapes, please visit www.slim-chance.co.uk. 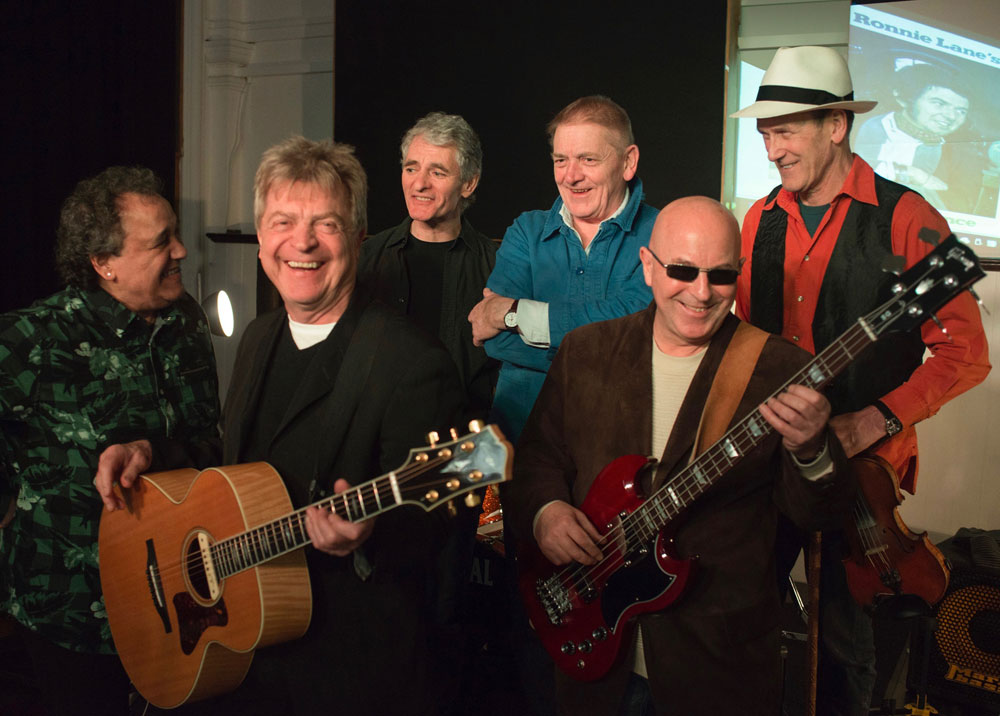