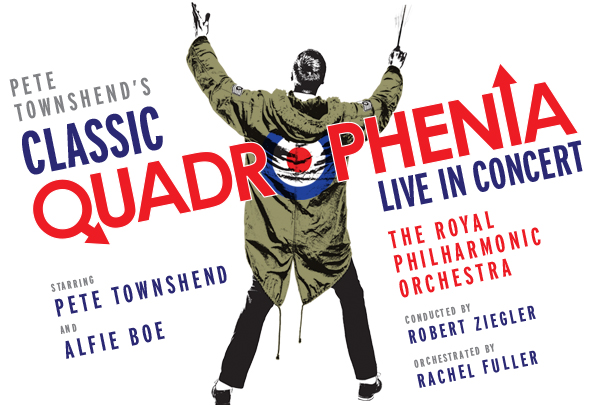 Pete Townshend has created a new orchestral version of one of The Who’s landmark albums – ‘Quadrophenia’. The new incarnation of this classic rock opera is the latest chapter in Townshend’s lifelong mission to break the three-minute mould of the traditional pop song and take rock music to a higher artistic level. In the 1960s he defined the concept of the “rock opera” with ‘Tommy’, taking it a stage further with ‘Quadrophenia’. Conceived and written by Townshend in 1973, ‘Quadrophenia’ went on to become an iconic feature film.

The new “symphonised” version of ‘Quadrophenia’, an album originally released by The Who in 1973, was orchestrated by Rachel Fuller, a professional composer, orchestrator and singer-songwriter. It will be released by the Deutsche Grammophon next summer with a world premiere concert at the Royal Albert Hall on 5 July, starring Pete Townshend, and Alfie Boe, who sings the parts originally sung by Roger Daltrey. Performed by the Royal Philharmonic Orchestra and London Oriana Choir, conducted by Robert Ziegler.

Pre-order the CD today at Amazon!

To help promote the release, there was a photoshoot on Carnaby Street on Nov 27, which featured members of the orchestra posing on mod scooters in front of the Pretty Green store. 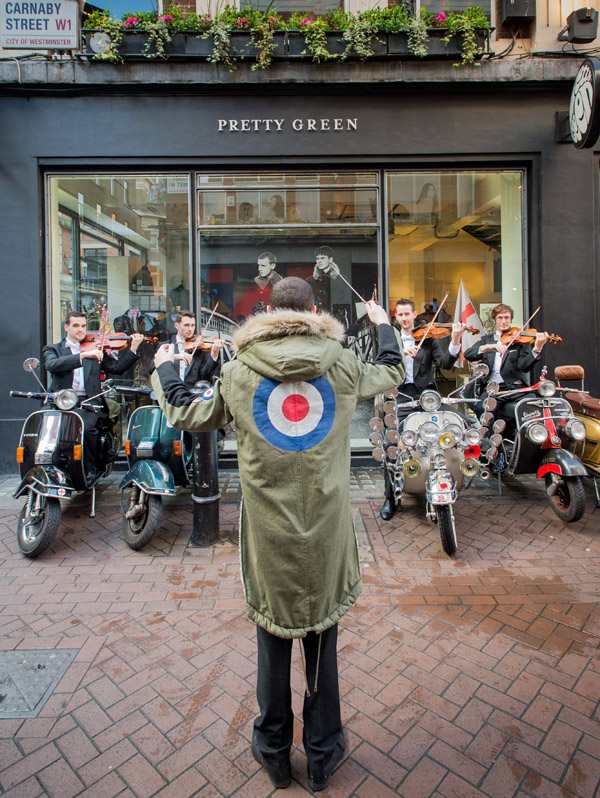