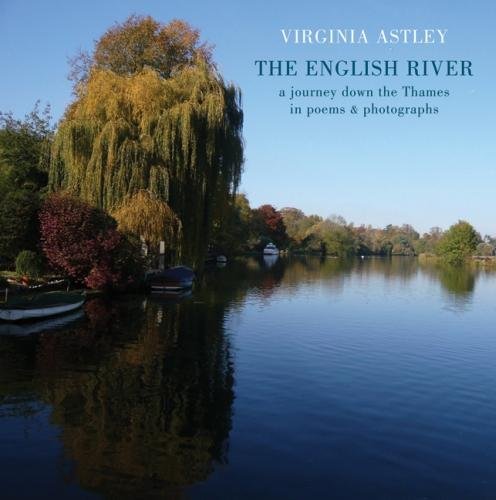 Pete Townshend has contributed an introduction to a lovely new book by Virginia Astley, The English River: a journey down the Thames in poems & photographs, which was published in the UK by Bloodaxe Books on June 21. The book is scheduled to be released in the US on September 15.

Pete describes the book in his foreword:

Virginia’s story is about the river and the people who work on it, especially those who man the locks. She captures a view of the upper reaches of the River Thames that is entirely fresh. There are glimpsed moments of the claustrophobic beauty of the wooded parts that contrast with the open expanses of uplifting countryside where the river meanders through woodland and farmland. Focussing on the professionals who work on the river, and who manage the locks and the flood plains around them, Virginia suggests – as she works as a lock-keeper's assistant – that they become almost addicted to the peace and beauty of their place of work. She herself becomes enchanted, that is certain. She makes herself vulnerable in the most romantic way, working and writing and evoking everything she sees and feels as both a storyteller and poet, and as photographer.

As well as having close ties to the River Thames in his own life and work over the years, Pete shares a long time family relationship with Virginia, who is the sister of Pete's ex-wife Karen Astley and The Who producer Jon Astley, and the daughter of legendary British TV theme composer Edwin Astley.

The Bloodaxe Books website wrote this about the author:

"Virginia Astley has been a much admired songwriter and musician since the 1980s, known for her engaging lyrics as well as for her melodious style. Now her other two passions take centre stage in this book: poetry and the River Thames. She grew up by the river’s upper reaches, knew the old lock-keepers and was familiar with all aspects of the Thames and its hinterland: both the natural world and the people whose lives are intimately connected with the river. In recent years, she has returned to the Thames, working for a summer as an assistant lock-keeper, and walking its length to record and respond to its landscapes, river life and river folk as a poet and photographer."