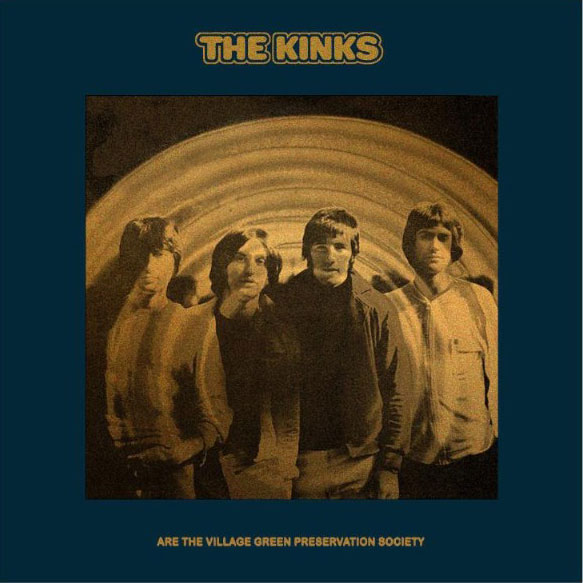 The upcoming release of the 50th Anniversary Edition of ‘The Kinks Are The Village Green Preservation Society’ will include a brand new essay written by Pete Townshend!

Over the years, Pete has had many glowing statements regarding Ray and Dave Davies. Here are a few select quotes:

“The Kinks were much more quintessentially English. I always think that Ray Davies should one day be Poet Laureate. He invented a new kind of poetry and a new kind of language for pop writing that influenced me from the very, very, very beginning. I think that Dave Davies is also very underestimated.”

“In British rock, Ray Davies is our only true and natural genius.”

“Ray was one of the first people who took this language of ours and defined it, refined it and purified it and made it what it is today.”

The 50th Anniversary Edition of ‘The Kinks Are The Village Green Preservation Society’ is scheduled to be released by BMG on October 26th.

Here is the lovely previously unreleased ‘Time Song’ that will be included in the boxset.