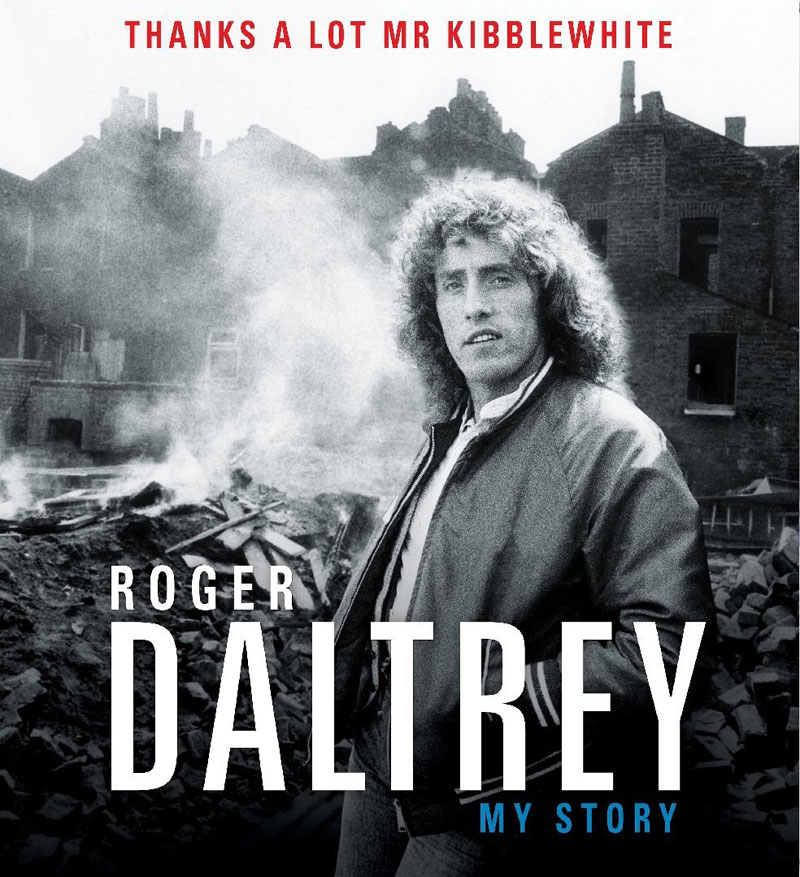 Roger Daltrey has wrapped up a whirlwind tour of book events to promote his new autobiography THANKS A LOT MR KIBBLEWHITE: MY STORY, which hit the stores in the US last week. Roger did a series of talks in Cheltenham, London and Los Angeles, and a couple of book signings in New Jersey and New York. He also appeared on various TV and radio programs. The interviews with Roger have been very interesting, and have covered a wide range of topics over his lifetime, including the work he has done with Pete Townshend and The Who.

In an interview on the BBC 5 Live Headliners podcast, Roger discussed the dynamics of his relationship with Pete:

"It’s wonderful now. We’ve had our ups and downs, but we’ve always had the courage to tell each other what we think of each other, and I think that’s a sign of a true friend. We’re more than friends really, we’re family. We’re playing probably better than we ever have in our lives together, musically, and he’s one hell of a guitarist, he really is. He’s the most original guitarist ever. Everything he plays is original. Not mimicked off of someone else. His writing ability as a songwriter is extraordinary. And again, he writes from a particular inward space in the human psyche that no one else does, with incredible courage. And I’m just a huge fan!"

The book is excellent, so be sure to get it! The hardback and paperback editions are available at Amazon.com and Amazon.co.uk, as well as an audio version read by Roger that will be released next week.

Here is a roll up of Roger's book events.

Roger was interviewed in Cheltenham by Matt Rudd, who helped him put the book together. Here is a video of the full interview.

Roger appeared on The One Show on the BBC on 16 October.

18 October: An Evening With Roger Daltrey: The Southbank Centre, London

Roger was interviewed at the Southbank Centre by Will Hodgkinson. Here is a video of the full interview. 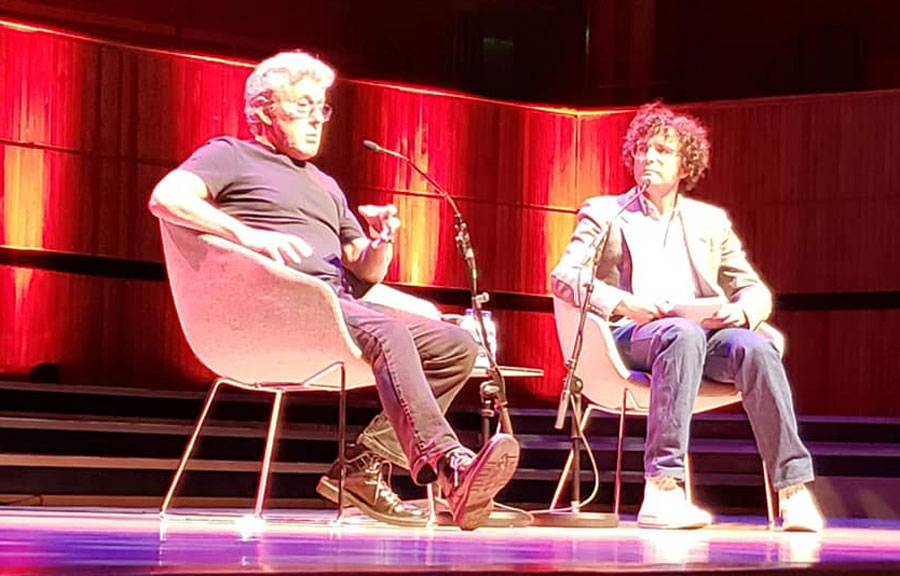 Roger chats about book at the Southbank Centre. Photo by Pat Stanton

Roger was interviewed in Los Angeles by film producer Judd Apatow. He also appeared on the Access Live show. 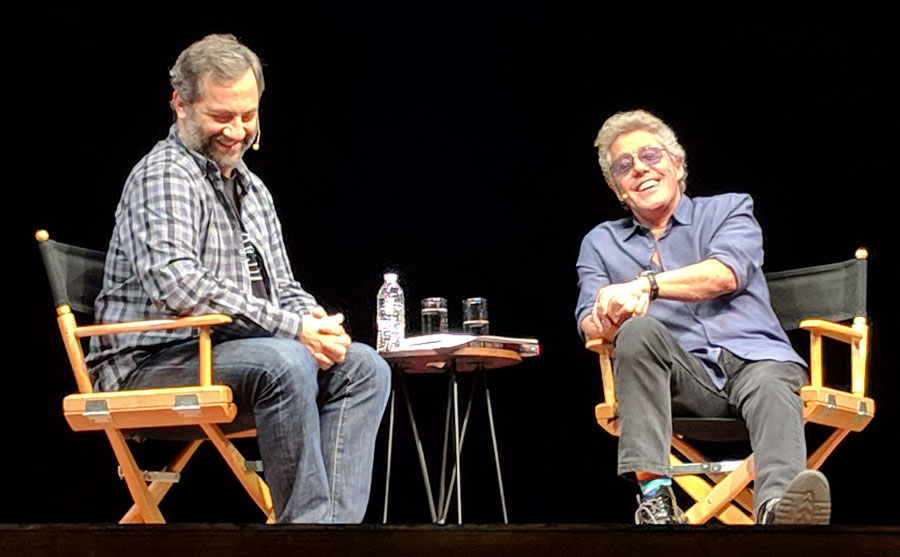 Roger was interviewed for CBC radio on 24 October.