The Who kicked off the fall leg of their orchestral Moving On! tour on September 1, with a return performance to one of their favorite venues, Madison Square Garden in New York City.

Their set was similar to the show they performed at Wembley Stadium in July, including the American debut of “Hero Ground Zero” and “Big Cigars” from their upcoming new album, which is scheduled to be released in November.

In a recent interview with the New York Post, Pete talked about what makes New York and Madison Square Garden such a special place to play.

I just love it, and I’m not sure why. I sense a welcome always from the people that work there, and from the audiences. Our very first complete “Quadrophenia” shows there in 1996 were like a bawdy Shakespearean play at the original Globe. It had a narrator in Phil Daniels. There were people shouting, interrupting, throwing things, screaming for “Magic Bus” and “Boris The Spider.” But even so it seemed to work. [New York] was the first city we played in the USA. It was the first city I ever visited there. It feels like home.

To view fan photos, reviews, videos, and setlists for the shows, please visit our Moving On! tour concert pages! 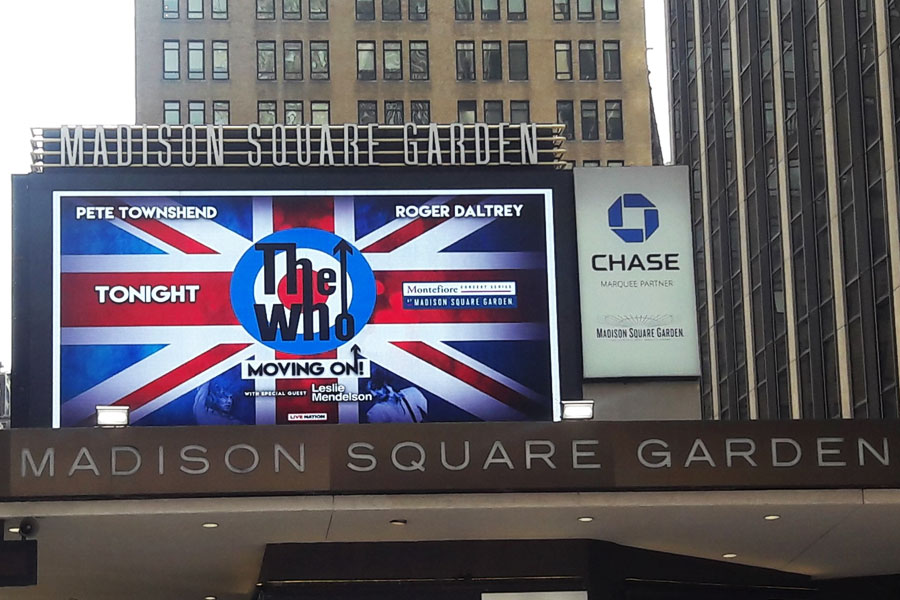 The Who Moving On! fall tour dates