The Who’s Quadrophenia tour got off to a great start with their opening shows in Florida last weekend. The new stage production of their famous 1973 rock opera has received a great response from all of those in attendance. Fans were especially pleased to see Pete giving a spirited high energy performance, mainly on electric guitar, throughout the shows.

The first night of the tour in Sunrise started out well, with a strong performance of the complete Quadrophenia, played with a 10 piece band and brand new visuals. The encore had a few technical issues with the sound, and the volume became a bit loud in the stage monitors, which resulted in Pete leaving the stage a couple songs early. These technical glitches were soon sorted out, and the second night in Orlando Pete was smoking hot, and the band played a 7 song encore of hits, ending with the sentimental Tea and Theatre.

Tour reviews, photos, videos and setlists for all of the shows will be posted at http://petetownshend.net/quad-tour.

Here is full band line-up for the Quadroprophenia tour. 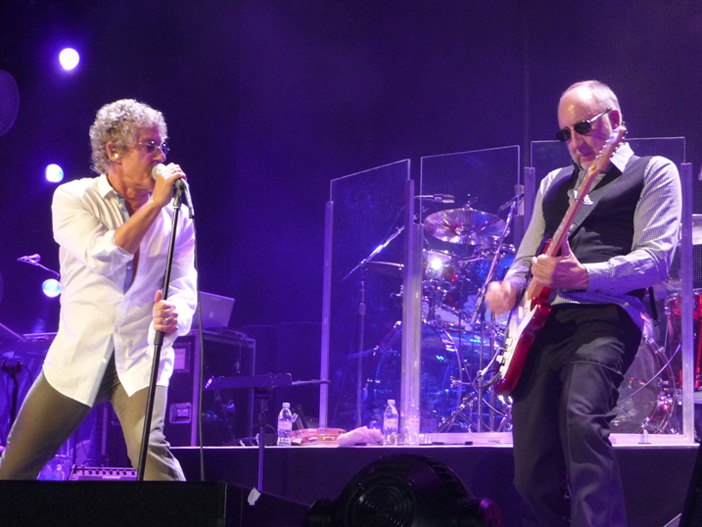