Pete Townshend has been very busy producing and recording new music this year. In between sessions at various London studios recording songs for the new Who album, Pete managed to squeeze in a few days in early March to begin producing a new album by The Bookshop Band. The recording sessions took place at Pete’s recording studio that he recently built near his country home on the North Wessex Downs in Berkshire.

The Bookshop Band are English folk duo Beth Porter and Ben Please, who write and perform songs based on books that have inspired them. Given Pete's background in publishing and previously owning a bookshop, the concept of composing songs inspired by books likely appeals to him a great deal!

They first met Pete at his country studio last year, when Beth was recording a cello session that Pete was producing for his friend, singer-songwriter Reg Meuross. It was the inaugural recording session in the newly completed studio.

Beth and Ben spent a few days at a lodge on Pete's country estate after the sessions, writing a series of songs inspired by the counter culture Oz Magazine from the 60s that they were commissioned to compose by the V&A Museum in London. They later sent Pete a boxset of their CDs to thank him for letting them use his lodge.

Pete was very impressed with their music, and sent them his thoughts about the songs in a letter. "I am enchanted with them. Such variation and delicacy, but such latent power as well, really great work. It reminds me of my days listening to Sandy Denny and Fairport, and The Incredible String Band back in the mid sixties – a great discovery, and inspiration."

Since the Oz songs were written there and they were looking for a producer, they asked Pete if he would be up for recording them at his studio. They were thrilled when Pete told him he would love to, and offered to produce a whole album for them!

Not only did Pete produce the songs, along with his engineer Myles Clarke, he also played a variety of instruments on the tracks. The studio is full of Pete’s fantastic collection of synthesisers and organs, so he experimented with adding tracks using classic keyboards such as his Lowrey organ and Yamaha EX1 synth. Pete also recorded bass, harmonica, and various percussion instruments.

The first recording sessions went very well, and they were able to complete seven tracks. They plan to finish up the album this summer, during the break between the US legs of the Who tour.

Ben Please has been posting a series of blogs on the Bookshop Band website detailing the sessions. He is a wonderful writer and there is a lot of great stuff here, so be sure to read them!

The best way to start a new album

Pete gets musical on the recordings

Here is an excerpt from Ben's latest blog describing Pete's contributions to the music.

The track we started off with was a song we’d written inspired by Aldous Huxley’s Brave New World. The song is called Dirty Word, and that dirty word is “mother”. It’s a pretty dark song, as you might expect, but it’s also quite driving. I play a weird little scratchy guitar riff, which bounces with Beth’s cello line while Beth’s vocals glide over the top, occasionally joined by myself where we feel it mattered to do so, but no more. Pete wrote a list of things to try, and his eye glided round to the room to one of the less intimidating organs - unlike the mega-big Moog wall next to it - that lined the studio. A Lowery Lincolnshire, complete with organ pedals and a Lesley speaker. Talk of oscillating conflicting rhythms, bass entries, and “let’s just give it a try”. Pete sidled up onto the organ’s inbuilt pew, the tracks get played over the speakers, and Pete explores the sound, tones, tremolos, hindered slightly by our inability to give him a chord map of the song, but just having fun. Beth and I sit and listen, each note has a different tremolo rhythm with the effect like 20 different musical metronomes cascading, ebbing this way or that with his changing chords. And then he tries the pedals, the bass fills the room. He’s still exploring, not everything works, he is still finding his way on the track, but in that first moment Beth and I get a glimpse of Pete as the musician, his desire to play and explore, to find little moments of beauty, of hooks and textures that propel the track into somewhere no one expected it to go, and we know that this is going to be great thing. Percussion stations get set up in the back room. We hand Pete a lovely small Native Indian drum we bought in Taos Pueblo, where much of Brave New Work was set.

Different songs require different organs. My favourite was one built in the image of how they expected the future to look in the 70s - multilayered, silver, flashing lights, curved starship console like around the player. Huge oscillating chords and arpeggios sweeping through the middle section of Sanctuary, one of two songs we wrote inspired by Philip Pullman’s The Book Of Dust, followed by Pete on bass guitar, his body language immediately changing and loosening the moment something guitar-like in his hands. Hammond goes onto one of the Oz-inspired songs, double tracking vocals on the chorus, cymbals glistening through. Plans to record brass, perhaps strings. All loose, all subject to change and development, but there and being made.

Many thanks to the Bookshop Band for letting us share the following photos from the recording sessions! 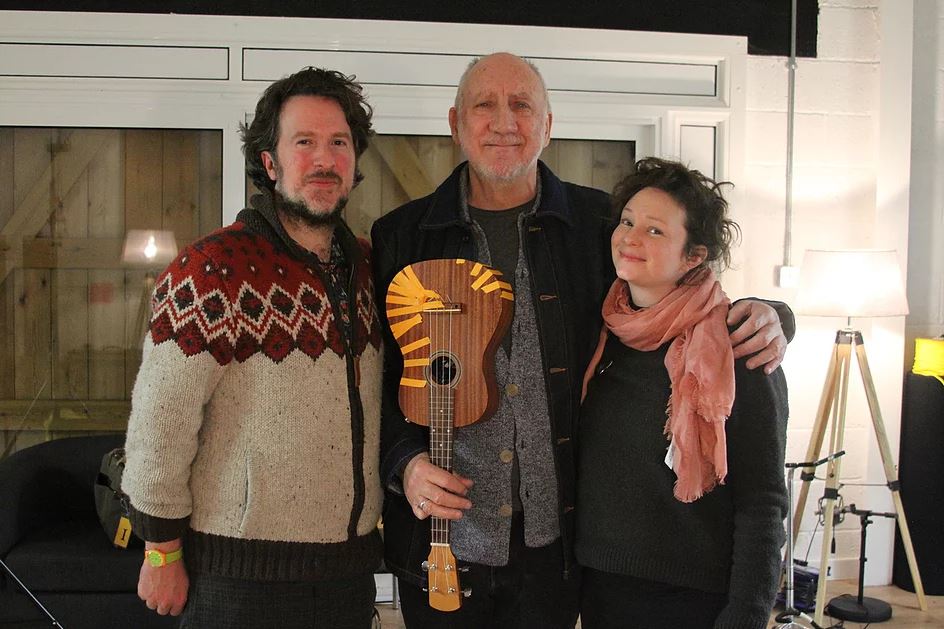 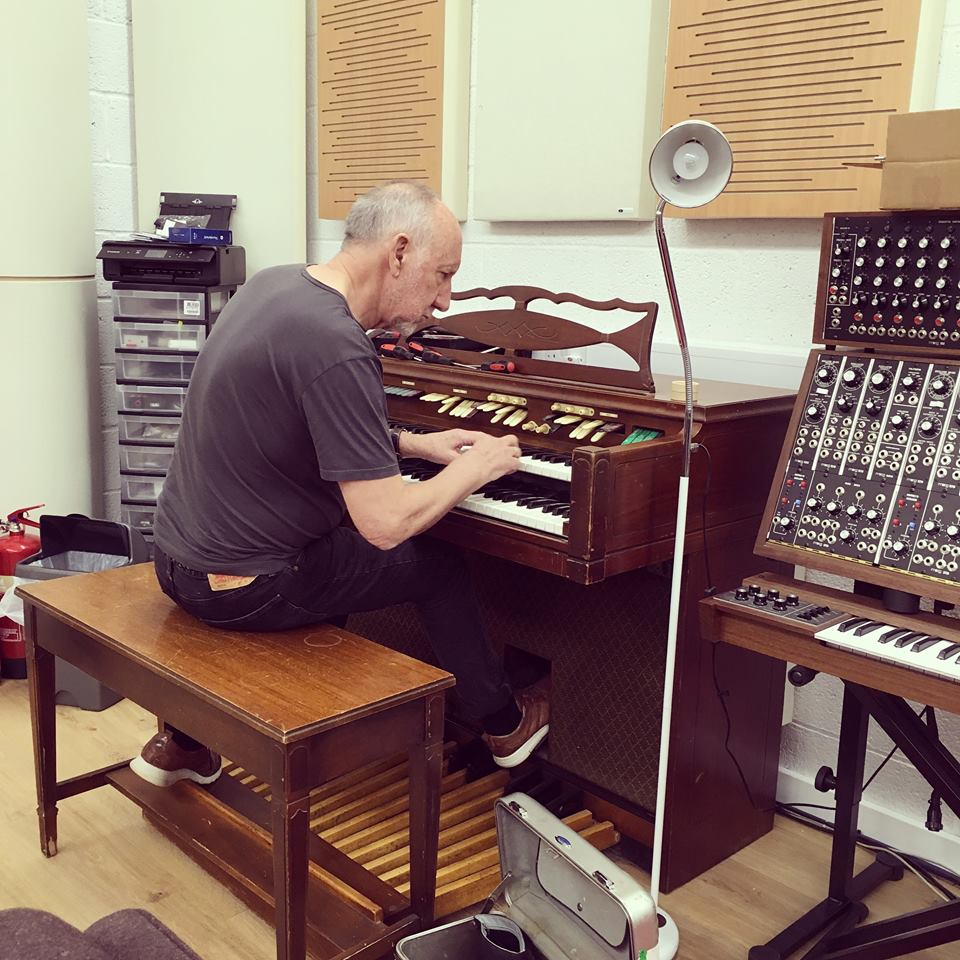 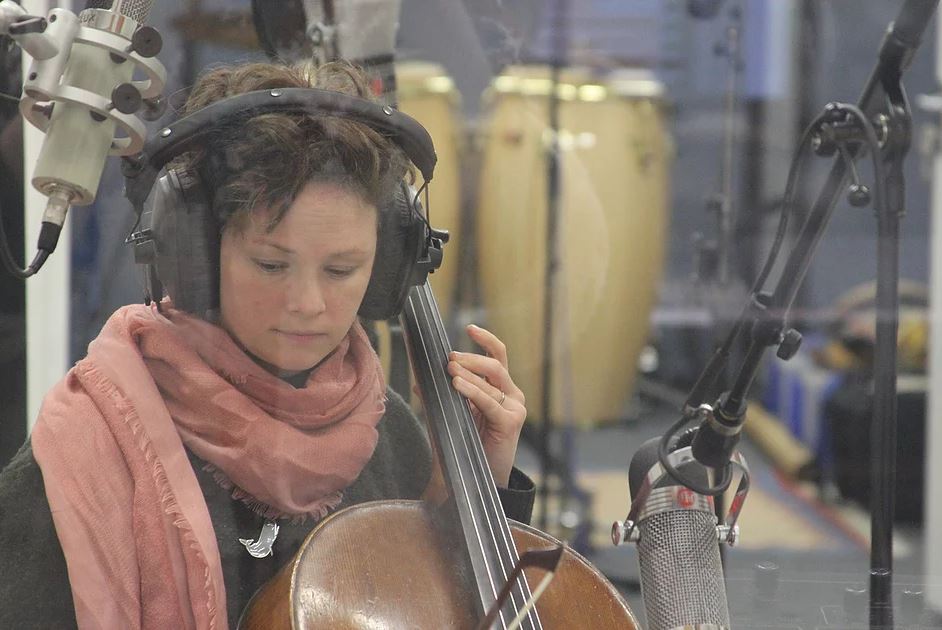 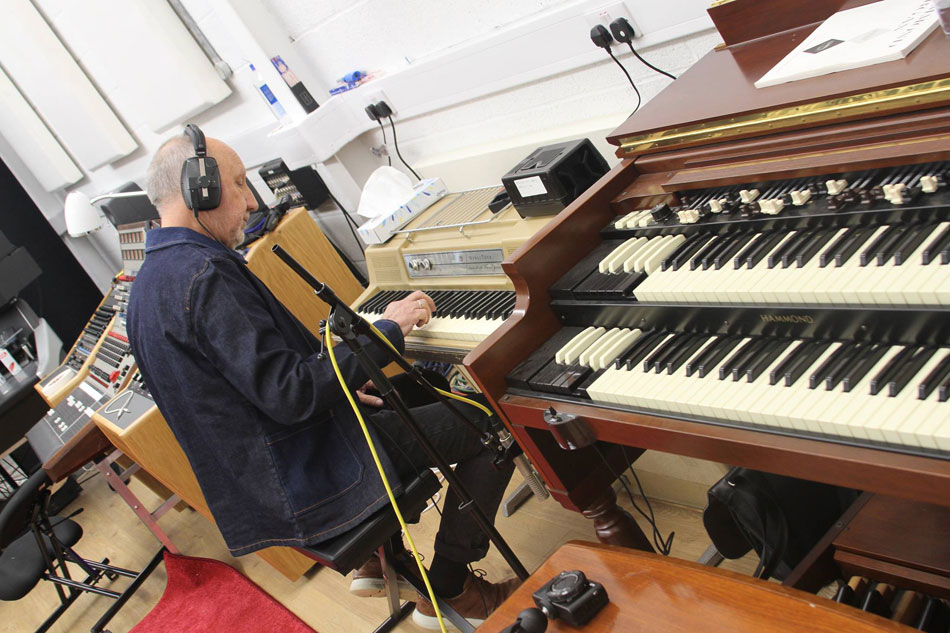 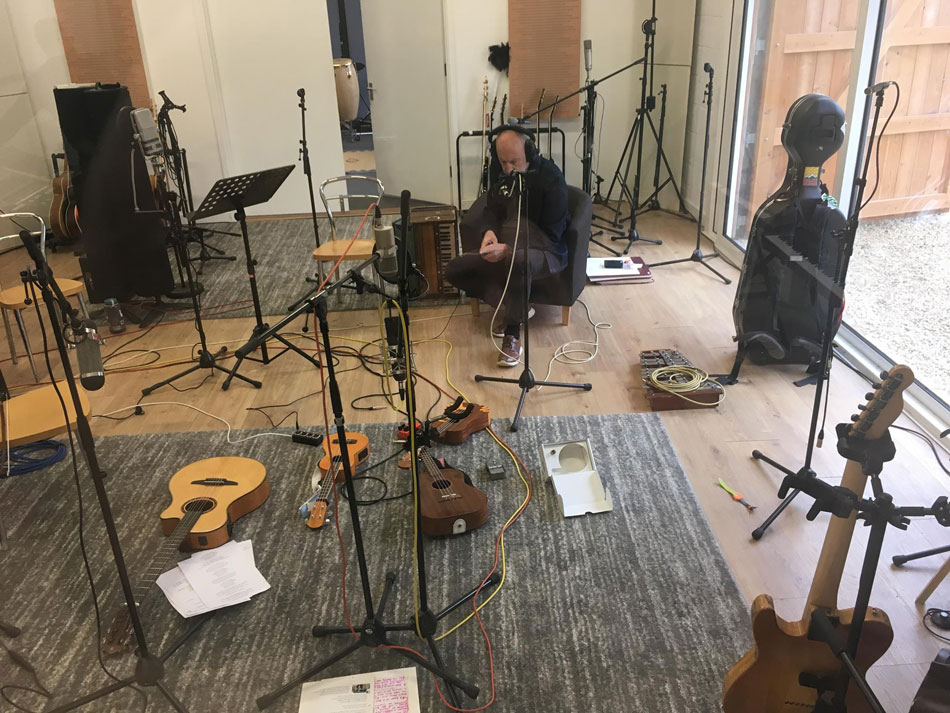 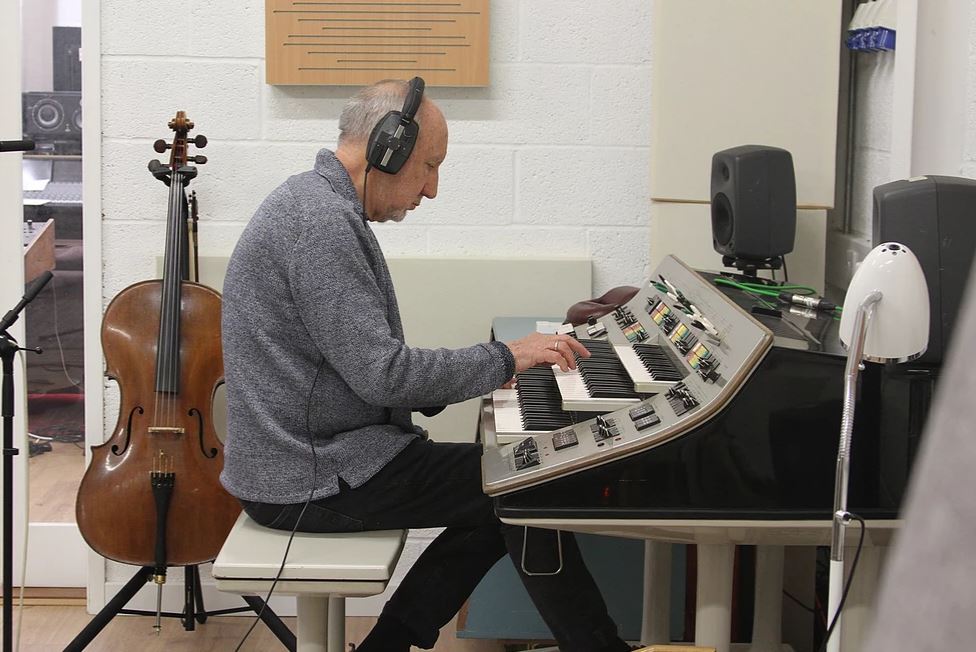 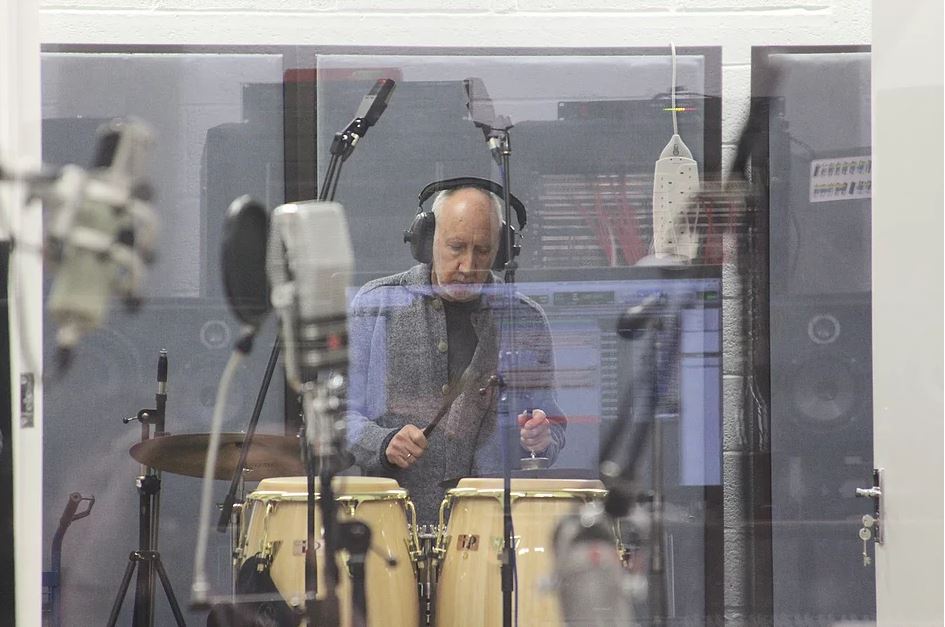 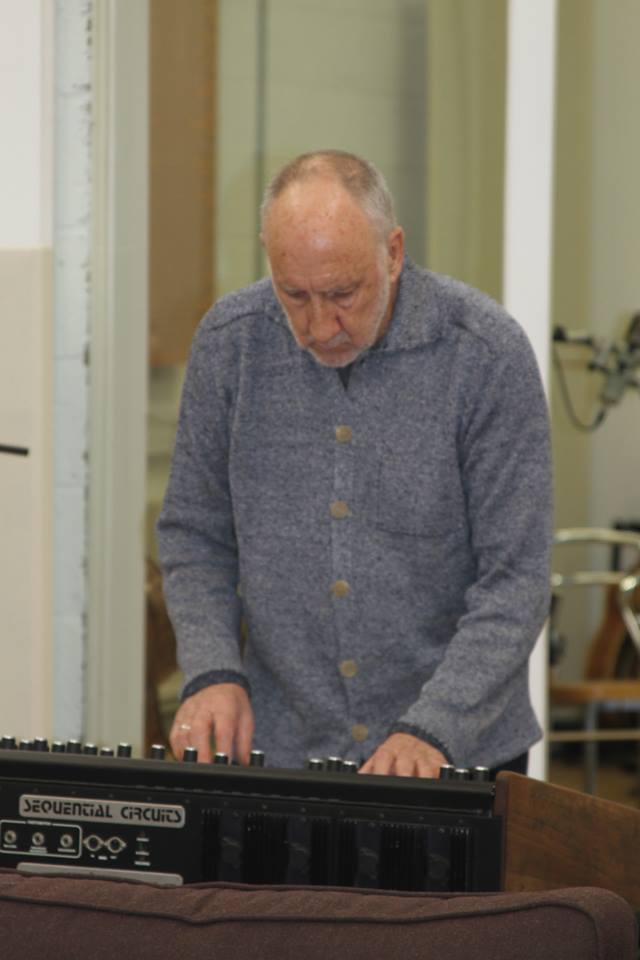 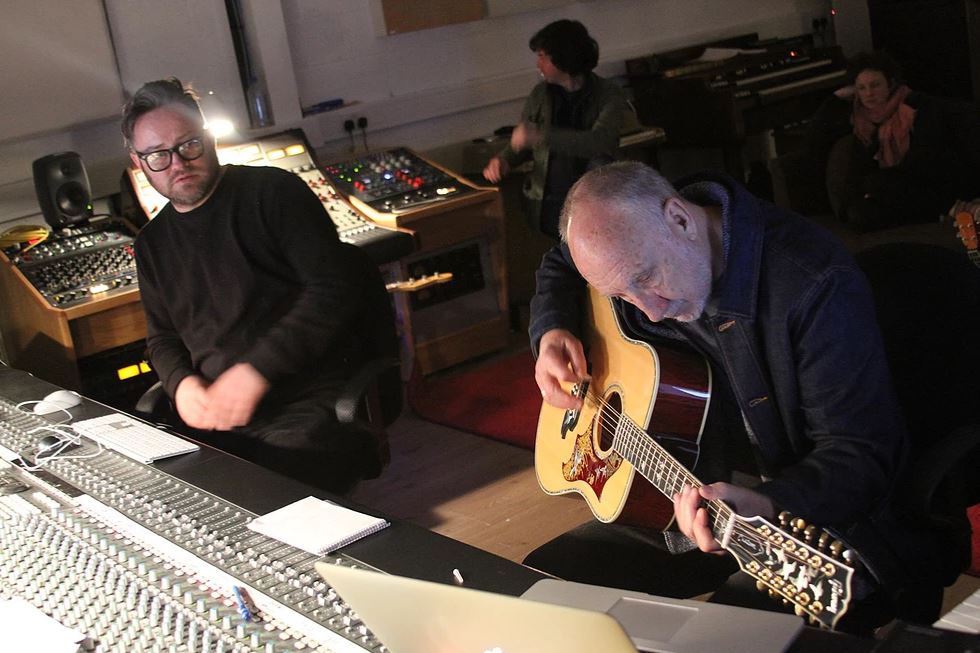 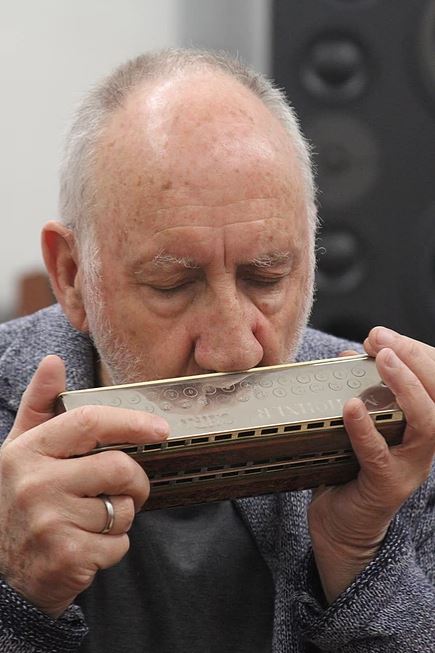