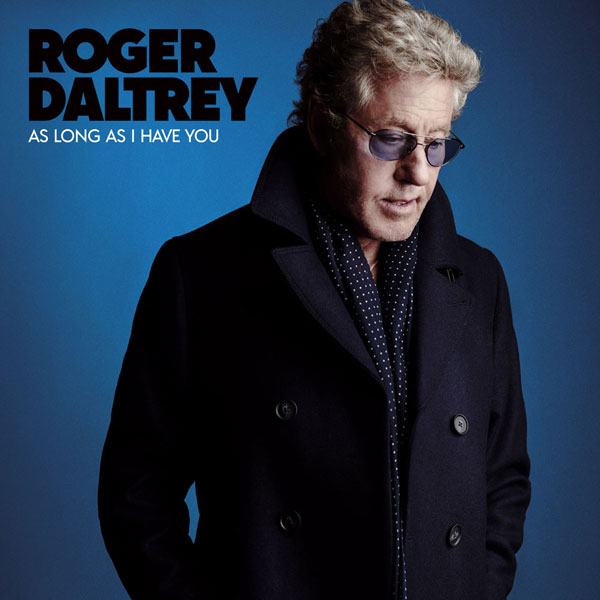 Pete Townshend has contributed guitar tracks to 7 songs on Roger Daltrey’s upcoming solo album “As Long As I Have You” which is due to hit stores on June 1. Pete’s distinctive rhythmic guitar will intermingle with the lead guitar tracks played by Sean Genockey. The album was produced by Dave Eringa, who also produced Roger and Wilko Johnson's album "Going Back Home" which came out in 2014. This will mark Roger's first solo album since the release of "Rocks In The Head" in 1992.

"As Long As I Have You" features a couple of new compositions written by Roger, including the long talked about “Certified Rose”, which nearly made the last Who album “Endless Wire” in 2006, and “Always Heading Home”, a beautiful ballad that Roger has been closing many of his recent solo shows with. The album also contains cover songs that have inspired Roger over the years, including the recently released title track that was originally recorded by Garnet Mimms in 1964.

The album is available now for pre-sale on Amazon, where you can listen to preview clips of all the songs.

The latest issue of Mojo magazine features Roger on the cover and in-depth interviews with both Roger and Pete. Here are a few excerpts from the discussion with Pete.

I offered to get involved after hearing from our managers that Roger had decided not to release it. … He had grave doubts about the record and the arrangements, and I offered to listen. I felt the rough mixes were a bit too rough, and that they undersold the recordings. … When I got the separate tracks from [producer Dave Eringa], I lined up the faders and played it all back through my Neve mixer at home. I was proved right: it all sounded sublime. I think it’s a really good recording by a great producer with a great band with some absolutely amazing vocal performances from Roger, and I told him so.

I just listened and played along. I tried to do something adventurous on every track I worked on. I had heard the album in a rough mix stage and liked all the songs. They are very much the kind of songs we used to play when we started out in the early 60’s. I thought the lead guitar done by Sean Genockey was excellent, so if there was a challenge it was to try and work with that, without getting into a guitar battle. I really enjoyed working on the tracks. I did my work in my home studio where I can get the guitar sound I like most easily. I also find I take more chances if I’m not being overlooked by a producer in a regular studio. … Roger left a phone message thanking me for my work and support, so I assume he liked what I did.

We have tried to write together a few times, but I don’t have a method or process, so there is no pathway for Roger to follow when we sit down together. I rarely co-write with anyone. When I do, I tend to do either music or lyrics, and I don’t think I have ever once sat in a room with someone and written a song while gazing into their eyes.

We have come to the point where the next “Who” album, if there is to be one, really needs to feature songs from Roger Daltrey and Pete Townshend in equal numbers. Not so that the difference between us becomes obvious, but so that we’ve found common ground in the studio, similar to that we’ve found on-stage. … But if we are to do something new it should probably not be an attempt to top what we once did; that would be futile. These are different times, and we are different people. We may never break new ground but if we go into the studio we have to try.