The Who have recently announced that the 2020 dates of The Who’s Moving On! tour have all been postponed due to the Covid-19 virus world wide shut down. They have rescheduled the UK/Ireland dates to early 2021, and are in the process of moving the US dates to later this autumn.

Pete Townshend has been taking advantage of the current “Stay at home” restrictions by holing up in his home studio in the country and finishing up his long awaited solo project ‘The Age of Anxiety’, as well as writing some new music for The Who. He is also working on remixing the beautifully sentimental song ‘Beads On One String’ from the last Who album, for a possible single release.

Pete recently spoke to Matt Everitt as part of the Home Time feature on BBC Radio Sound, where Matt interviews musicians who are at home.

Here are a few of Pete's comments from that conversation.

I’m in Wiltshire, I’ve got a country place here. We would have been here anyway because I’ve got a studio here, so I’m in my studio. I have to say I feel really lucky because what I do mainly is spend a lot of time on my own in my studio, so I feel like I’ve been given an answer to a prayer. I don’t think I would have had the guts to do, which is say please cancel everything and give me some time in my studio! It feels like a gift.

One job was to focus on a remix of a song called ‘Beads on One String’ from the recent Who album, which we are hoping with a remix and a bit of sharpening up it might work as a single. But the other thing that I’ve done is I’ve looked at the possibility of starting work early – I was going to do this next year – but starting work early on writing new songs for another Who album, as the last one did so well. So I’m knocking ideas around.

I’m also finishing off this project I’ve been working on for ages and ages called The Age of Anxiety. The main 98% of it is done, but the tricky bits I’ve left until last. So I’m focusing on those and getting stuck in with detailed work. It’s time consuming, but it’s really pleasurable. I’m working with orchestrations, drum boxes, old vintage synthesisers, and of course the usual guitars and piano. I’m making music and the sun has now come out.

I feel incredibly spoiled because, I don’t know about other record producers, I suppose they regard it as work, but for me the work has always been the touring, which I’ve never really enjoyed very much but it’s a necessary part of the business. But the joy of what I do has been in the composing, the writing, the playing around with studio gear. It’s like being told “Go and play with your train set.” Oh that’s terrible! Laughs.

I walk, I’m lucky to be in the country side, I’m lucky to have space to walk in, we have dogs. I’m not gardening, I’m doing a bit of DIY, but it’s all studio related. I’ve got an old American camper bus and at the moment I’m putting a finger drumming studio in the back of that. That’s what I’m doing today and it’s fun. It feels like it might lead to inspiration and creativity. We shall see. 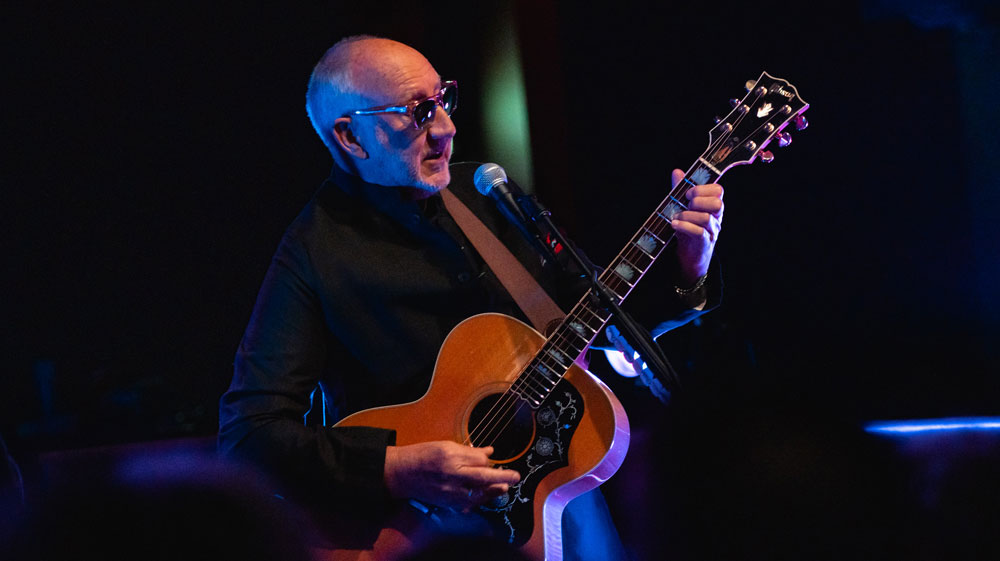