Pete Townshend will be teaming up with Max Hole, a longtime friend and former Universal Music Group International CEO, to work on repackaging his solo catalog in 2017, putting together a new Scoop album of unreleased demos, and releasing new solo music projects in the future. Mr. Hole will provide strategic advice and help act as an intermediary between Pete and Universal.

Pete discussed his plans and his relationship with Max Hole in a new interview with Music Week. Here are a few excerpts.

“It’s unusual for me to have a friend like Max in the business. You see lots of industry people in passing; you see them at concerts and you feel like you know them, but rarely do you go fishing for crabs with someone that is the chief of your record label, which is what he was until his illness. It’s been terrifying what he’s had to go through, but it’s been great that he and I can do this work together. I can’t think of anyone better. He’ll tell me the truth. And that’s what I need to hear. “

“When we met back in the ‘80s we became immediate friends; it was clear that he was more than a record chief who would work well for me. He’s a fan, he knew all of my music. He was an aficionado of not just my solo work but also of The Who history.”

“There are three areas I can see where he’s going to have a role. One is new music (solo), the other is the old music and then the unreleased demos from the archive.”

“What I’m most excited about working on with Max is the new Scoop. We might get that out in the last quarter of this year or the first quarter of next. That’s a pot boiler record that just sells to fans, really. I’ve got so much stuff and it’s always fun to wade through it. And it’s also fun for me to have someone listen to everything I’ve got and make choices.”

“I have been working on a song cycle, but I can’t say much about it because I don’t know what the time frame is going to be. I’ve been working on something since 2008, which is a massive project involving an art installation.“ 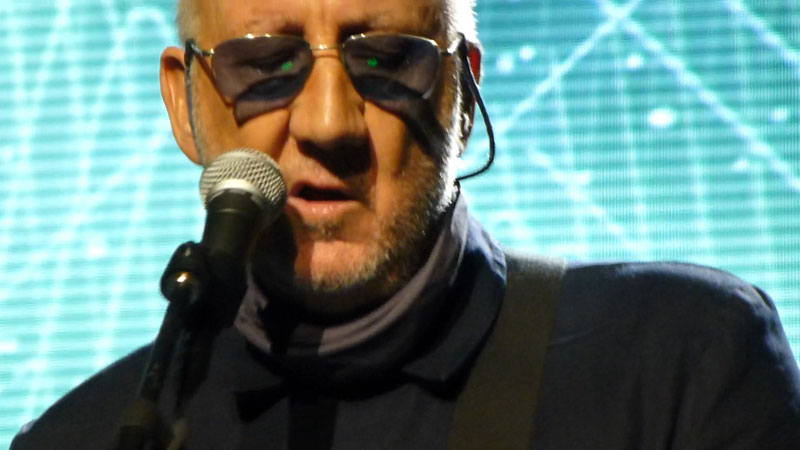