The Who’s manager Bill Curbishley discussed plans for upcoming shows in North America and South America in a recent interview with the BBC. This is exciting news, as it will be the first time The Who will play in South America! According to Curbishley, they are putting together a tour that includes North American dates in August and September, followed by 5 shows in Brazil, Chile, and Buenos Aires, Argentina in September. It is likely that they will appear at the popular Rock in Rio festival that will be held September 15 – 24. Other possible cities include Sao Paolo and Porto Alegre in Brazil, and Santiago de Chile. These have yet to be confirmed.

“I’m busy at the moment putting together some North American dates for later in the year for August and September, and then, I still can’t believe it, but we’re going to go down for the first time ever to South America. And I know quite a bit about South America, my wife is Argentinean, and I know what great audiences they are. I know it’s going to be really fantastic. So we’re playing there in September, we’re doing three shows in Brazil, one in Chile, and one finally in Buenos Aires at River Stadium. Recently we did some shows in America in the desert with the Rolling Stones, Roger Waters, Bob Dylan, Neil Young, they were really great. So it was two different weekends. It was the Sunday of one weekend and Sunday on the following weekend, but on the Wednesday, I booked them in to Mexico City.  We went there and it was unreal. The first thing was, I don’t think anyone of the audience’s feet touched the floor for two hours. But secondly, it was a young audience. We got used to this aging fan base over the years. Prior to that we played Italy, and that was a young audience and it was great, but then Mexico was something else. So Pete Townshend said to me ‘Now I know why you’ve been pushing us all this time to play South America!’ And he was still buzzing for like two weeks after that.”

Pete discussed how excited he was to play to younger audiences on the last leg of The Who’s tour in an interview with Rolling Stone.

“In Germany and Italy, and Bologna specifically, at least 65 percent of the audience were under 30. Now, when we went to Coachella, we were also playing to an audience that was about 50/50 millennials on the one hand – fuck knows why they were there but they were there, and I'm not gonna try and explain it – and people of our age and younger. But in the middle, we played in Mexico, and that was like Bologna turned up four; the audience was very, very young, but they knew the words of every song and they sang them the whole way through. And on both nights, when I went to bed, I couldn't sleep. I'd try to sleep and I couldn't sleep. I was tired, but I couldn't sleep, and I wondered why. And I think it was because the little artist inside me was excited. I feel I'm still riding on a bit of that now.”

So stay tuned as more dates get confirmed for 2017! As always, we will be covering all of the shows this year on our Who tour pages! 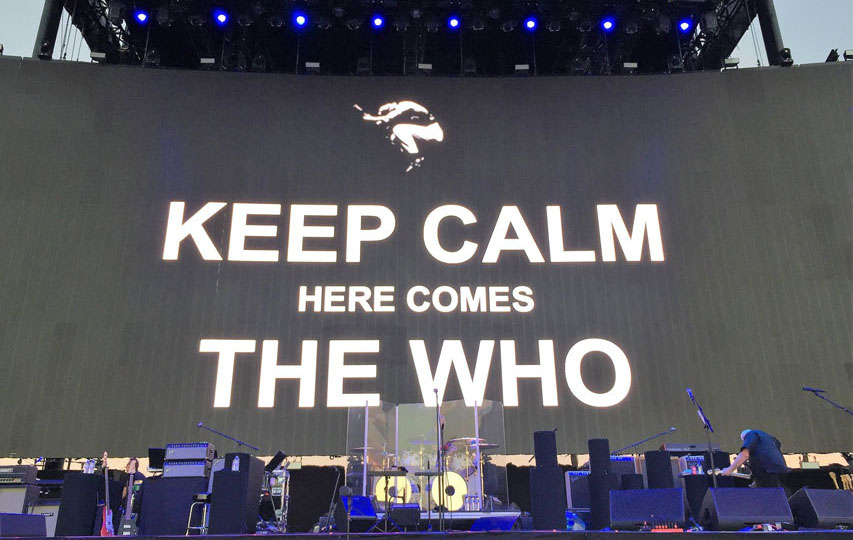