Pete Townshend has composed a brand new song entitled “Go Girl” for iconic English singer Elkie Brooks, which will be released on her upcoming studio album that is currently in development.

In a recent interview with Music-News.com, Elkie discussed how Pete came to be involved with the project.

“My great friend Susan Da Costa, who was the late Humphrey Lyttelton's partner and manager knows Pete very well. Hump was a big friend of his, and after his death they communicated a great deal by e-mail. During their conversations my name came up, and he said he was a really big fan. Susan told me that he was a big fan, so I told her to ask him to write me a song. He said to her that he was going to write me an Opera, so I said to Susan that I don't need him to write me a bloody Opera, just get him to write me a song. Which he did, and it's fantastic. There has been a lot of to and fro-ing, with him adding guitar work and [Elkie’s son] Jay adding licks.”

Elkie and Pete are from the same era, and both have been recently touring to celebrate their 50 year anniversaries of performing music. Pete mentioned Elkie in a post on his Facebook page shortly before wrapping up the tour with The Who in September.

“These past years of touring to celebrate The Who’s 50th anniversary have been wonderful, but very drawn out. My friend Elkie Brooks and I call each other “Road Warriors” when we exchange emails, but although I’ve never found touring hard, I’ve never really enjoyed it. Most of you know that, I'm sure. I certainly don’t feel like a Road Warrior when wandering aimlessly around the airport looking for food that isn’t popcorn or pretzels. (By the way, I wrote a song called 'Go Girl' for Elkie's next album. It’s about a proud homeless woman, driven out by a violent husband).”

This won't be the first time Elkie will perform a Pete Townshend composition. Her connection with Pete's music dates back to 1973, when she performed the part of the Mother in the 1973 orchestral production of Tommy with the London Symphony Orchestra at the Rainbow Theatre in London. There is a recording of this show up on youtube if you want to give it a listen, although it is incorrectly marked as the 1972 show that had a completely different cast.

No word yet on when Elkie’s new album will be released, so keep an eye on her website at elkiebrooks.com for the latest news! 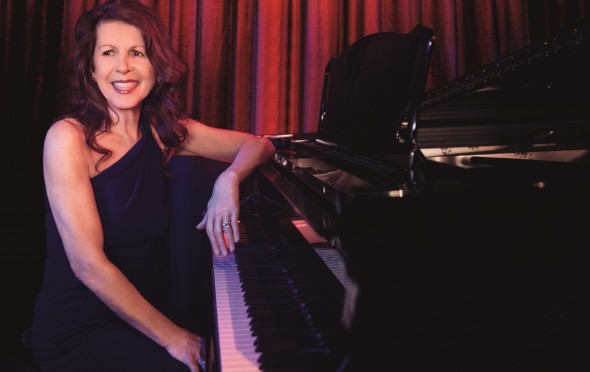