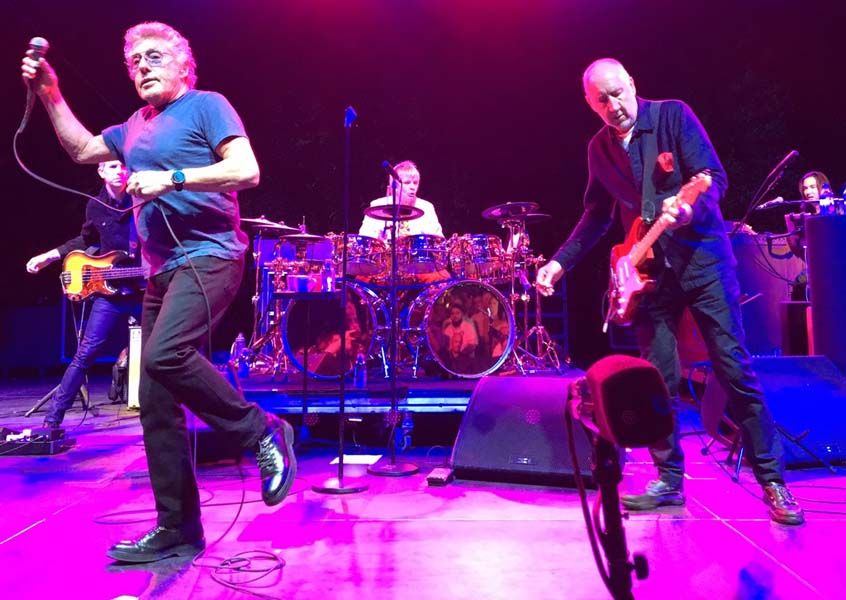 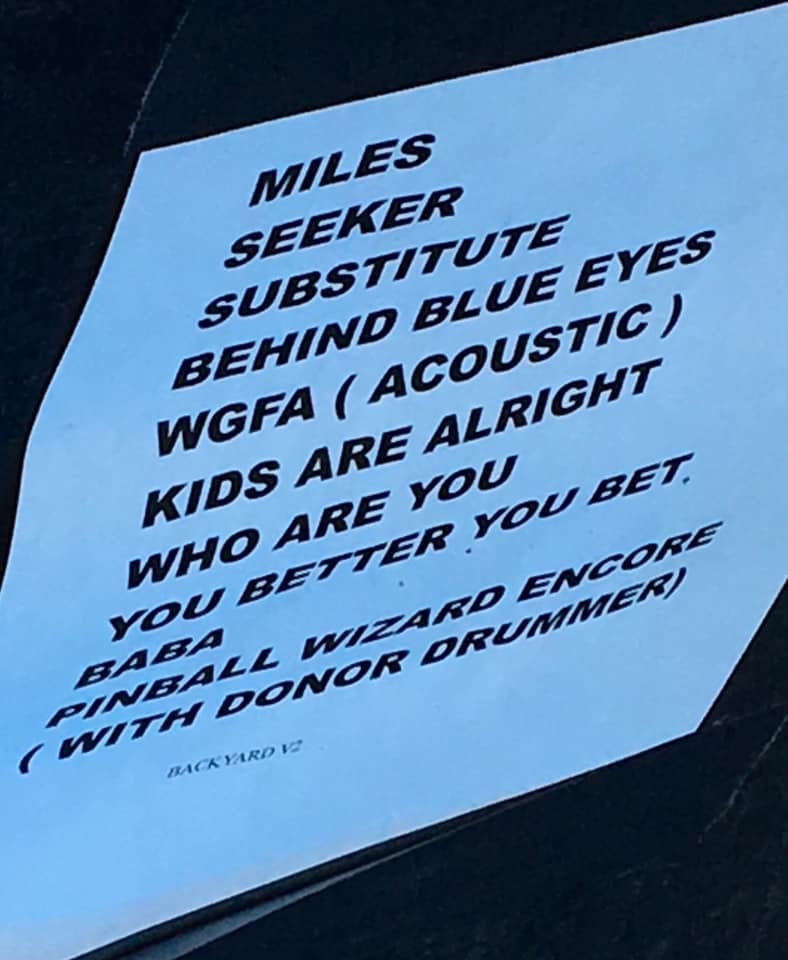 I’m not at liberty to share how it is that I came to be there, but suffice it to say, that some of my good ticket karma came back around in spades.

Due to some troubles with an aborted Lyft pickup, Eddie and I did not arrive quite as early as I had hoped. With check-in starting at 5 and announcements starting at 6:15, I had wanted to be there on the light side of 5, to allow some casual eating and drinking time before shifting into GA show gear.

This event has an AMAZING spread. Kind of a mindblowing experience to see how the 1/4 of 1% live. I’ve been in some upscale environments over the years, but nothing quite like this. Seafood station, dim sum station, sushi station, charcuterie and cheese + station, free flowing alcohol and soft drinks and kombucha, and much, much more.

But time was tight. Fortunately, having both been one time before, we each knew the general setup and both went right for the shrimp and crab station. Both were outstanding. So good. Next up, we both went for a small plateful of sushi - very good, but not as excellent as round one. Also, we were situated on a loveseat, where the tray carrying servers were coming by, and we had a chance to sample a few other little yummy goodies, along the way. Sadly, once we left that locale, we never saw another server, again.

I figured we’d have until 6-6:10, to stake out our space. I figured the key was before anyone got on mic. But after our initial eats, Eddie checked out the front of stage, and people were already congregating. Shit!

I finished my sushi, and off we went. We ran into friends, on our way to the front. As much as I wanted to stay and socialize, after quick hugs, I awkwardly excused myself, as there were already people in our real estate!

They had already filled all of our spots, from Roger to Pete. We started, roughly two and three spots, outside of Roger (my happy-when-John-was-still-alive spot). Over the course of time, we managed to slide behind the people who were more interested in talking “near” the front, setting up camp next to the serious people. By that time, I was in the “crotch spot,” with Eddie just outside. Throughout the night we managed to shift over the equivalent of one more seat, putting Eddie dead center, and me just far enough over that I had a pretty clear view of Zak (although all of Zak’s great showcase songs were cut for this mini-GH set). Not perfect, like the Bowl, but happily “in the zone."

After some nice intros from the TCA/host people, Rebecca and Jordan, the music started with Kenny Loggins.

I’d never seen him before, but my dad played the first two Loggins and Messina albums, Sittin’ In and Full Sail, incessantly, when I was a kid. I absolutely love Sittin’ In, so much so that it makes my Desert Island Disc Honorable Mention list. (Not quite my all-time top 10, but very close.)

Between sets, Judd Apatow and Howie Mandel served as MCs and auctioneers. Lotta cool stuff. Just one Who item - original artwork of the new album cover - the on display at the Pace Gallery event.

Next up was P!nk. I’ve gone to see her arena show the last two years. She’s the real deal. Phenomenally good arena level show. I was curious, how she would translate to a small stage. Her arena show is a visual delight, with a large band, many singers and dancers, extensive use of video screens and lighting, a lot of mobility around a heart shaped catwalk that goes out the equivalent of the three front floor sections, and a bunch of Cirque du Soleil kind of acrobatics in the air. Then, in addition to all that, she puts on the most INTIMATE arena performance I’ve ever seen, stopping to connect with the people in the pit and in the immediate vicinity. Talking to people. Signing stuff. The range between intimate connection and massive spectacle is stunning. But here, it was just her and her basic band (with two backup singers), doing a regular concert. Still excellent. I am most definitely a fan. Couldn’t recommend going to see her, highly enough.

She did two covers that I LOVED. "Time After Time," originally a Cyndi Lauper track, that I know as one of my favorite Tuck & Patti tracks. And 4 Non-Blondes massive 1993 hit, “What’s Up?” (What’s Goin’ On?).

One of the highlights of the night? Roger at the soundboard watching a good chunk of P!nk’s set. I LOVED that.

The post-Pink interlude included Paul Stanley from KISS, as they were auctioning off a VIP KISS experience, that included traveling with them on their jet.

Next up was Foo Fighters. I should mention here that all of the acts basically had 45 minute sets.

The Foos came out and blasted through, with nary a break. Like Dave said, we usually do a 3 hour show, so we’re going to squeeze in as many songs as we can in the time we’ve got. The exception came when he had to confess, after the first few songs, that he’d been performing with his shoe untied, so he rather ceremoniously stopped the show for shoe tying. It was pretty cute. I got pics. As with P!nk, I’ve just recently gotten on the Foo train, finally going to see them for the first time, last year. (I was five people deep, center, on a GA floor.) I walked out of there a convert. Solid A, arena level rock show. Highly recommended for those who like hard, loud rock and roll.

Side comment: while the setting was intimate (~900 people) and the trappings were swanky, in the end, it was a grueling, GA concert (albeit with perfect weather). And especially difficult was the fact that the ground was sloped, making it super hard on the body, holding space for 4.5 hours until The Who came on. Worth it. Always, worth it. But not easy.

During this last break, in addition to Judd and Howie (and Rebecca and Jordan, who were also out on each round), we got a newly clean cut, Justin Turner, the Dodgers starting third baseman, as another of the auction items, was a Dodger VIP experience.

At last, at 10:10 at night, it was time for the main course. As per usual, they did not disappoint.

As you would expect, it was a conservative, GH set. As much as I have thoroughly enjoyed the orchestra shows, it was refreshing to have the energetic blast of the band.

As always, when the show does not start with I Can’t Explain, I was disappointed, as EVERY FREAKIN’ WHO SHOW should start with that always fresh blast of ICE!

They started off with Miles. Solid.

Next up, the “rarity” of the night, The Seeker. Nice to hear. Not a favorite of mine, but I do quite like it. And I’d sure as hell pick it over YBYB, every time. (They seemed to occasionally rotate between, during this year’s band set).

Then Substitute, which, IMO, with this song selection, should have swapped places with Miles. Personally, I’ve always like ICE and several other early songs, better, but they’ve been playing it with real energy this tour, and I’ve been quite enjoying it, every night. And Roger very well may be right in his assertion that it contains that best line ever written in rock - “I was born with a plastic spoon in my mouth."

Katie and Audrey were there and came out for Behind Blue Eyes. Lovely, as always. I’m so glad that Pete finally acquiesced to everyone singing “when my fist clenches…,” but I wish Zak would NOT play during that part. I LOVED the acapella arrangement of Roger’s solo shows. It was so beautiful, and as much as I’m a huge Zak fan, IMO, adding even the spartan drums, spoils the purity of that bit.

WGFA, with just Roger and Pete, as per usual this year, but a bit truncated. They didn’t really stretch out, as they usually do (especially Pete), so it was probably one of the weaker versions I’ve seen of it this year.

Kids was probably the strongest track of the set. Nothing unusual, just a lot of energy from the band, coming back from the WGFA break.

Who Are You kept the energy rolling high. Always a great song. Really, the only one of the warhorses that I manage to never get tired of.

Roger then looked at his watch, and called an audible to drop You Better and go straight into Baba.

As always, Baba was a crowd pleaser.

Then to end the night, the intel of one of my neighbors proved to be right, and Zak was relieved of his chair, in favor of a guy named Ken, who donated $250K to join The Who and play Pinball Wizard.

Digression: There was like a two foot, velvet rope pit (just enough for gear). No Scott in front of us, blocking our view. (Love you, Scott, but the back of your head in my sightlines is always a drag.) They were right there, just feet away, as it should be. Made it worth the 4.5 hours of lopsided GA standing, to get to Who time. Anyway, Roger got down in his PW crouch, right in front of us. Eddie got his attention, and asked him for Pete’s used pick, that was right within his reach. Roger went to get it for him, but then spotted a kid behind us, and told Eddie to give it to the kid (which of course, he did, but he was bummed, as he really likes scoring the ones that Pete has actually used).

Back to the song…
It started off awkwardly, with Ken entering quite tentatively, at first. But once he got his footing, I’ve got to hand it to the guy - he did a great job, holding his own, atop the most challenging drum chair in the business. He found his groove, and kicked some ass on those skins. He should be proud. “The new Scott.”

That was it for The Who’s set, 5-10 minutes after the hard 11pm curfew. But Roger then spent some time talking about TCA. I think he said there are now 32 facilities here in the States. (If I’m wrong, please correct me.) And he pulled up on stage, a young woman Ellie(?), whom he had met when she was 16, and recently given something like a 15% chance to survive 3 years. She’s now 25 and credits TCA with being profoundly important in her life. It was really moving. Oh, and it was probably someone else who said this, but something like $4 MILLION dollars was raised by this event!

Post-script: There was a special beer that night, called You Better You Bet Hazy Pale Ale, with special Who/TCA packaging. Anyone who knows me knows that I despise beer, but after the show, I went in search of the uber cool cans. The beer was all gone, and everything had been cleared out, but once I explained my mission, a kind staff person led me back to the bags full of recycling, where I waded through disgusting beer covered cans, in search of these nifty items, procuring enough for each of the famous Townshend Five, as well as our esteemed host of petetownshend.net. Hopefully, she will include a photo of it on the concert page.

Unfortunately, as a result of hunting for beer cans gifts, we missed out on our special event swag, a custom, rolled blanket, as they were gone. Oh, well. I was FRC for The Who, and as much as I wish I had that blanket (and more time to eat and drink!), in the end, FRC is what matters, most.

Thank you, all, for another GREAT tour. 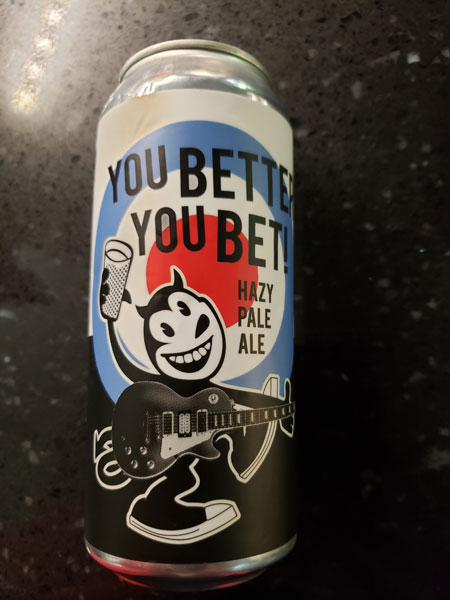