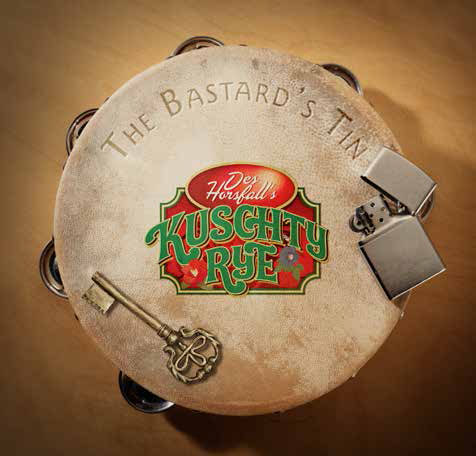 Pete Townshend plays guitar and sings with Des Horsfall on 'Chameleon', a brand new song that will be released on Horsfall’s upcoming album 'The Bastard’s Tin'. Pete composed the music around the lyrics that Kate Lane wrote for her husband, Ronnie Lane. It's a stunningly beautiful song with an infectous melody that is very reminicent of the folky flavor that Ronnie Lane was famous for.

'The Bastard’s Tin' is part 2 of the Kutschty Rye trilogy of albums, named after Ronnie Lane's 1979 song, and is dedicated to Ronnie and his band Slim Chance. Slim Chance was formed after Ronnie left the Faces in 1973, and included Benny Gallagher, Charlie Hart, Graham Lyle, Steve Simpson, and others, some of whom performed on Pete and Ronnie’s Rough Mix album that was released in 1977.

Des managed to enlist three Slim Chancers (Benny, Charlie, and Steve Simpson) for the first album in the Kuschty Rye trilogy, a record entitled 'The Good Gentleman’s Tonic', which was released in 2011. On the new song 'Chameleon', Pete and Des are accompanied by Benny and Charlie on fiddles, who are billed as 'The Fishpool Philharmonic'.

‘Chameleon’ is an unsent devotional love letter to Ronnie Lane written by his second wife, Kate. She wrote the lyrics shortly after the breakup of their marriage. The relationship fell apart when he returned to live in London after he had been diagnosed with the early symptoms of MS. Kate Lane gave the song to Des Horsfall before recording of ‘The Bastard’s Tin’ commenced in 2012. Many years previously, a tune for the song had originally been composed by a friend of Kate’s and recorded onto cassette. However, this tape could not be traced when Des was ready to record the track.

Because of Pete’s close relationship with both Ronnie and Kate, Des felt that it would be fitting to ask Pete Townshend if he would compose new music to go with Kate’s lyric. After Pete had agreed to undertake the task, he submitted an MP3 demo of his tune which Kate approved. Pete also kindly offered to record a vocal and guitar part as two tracks onto 1” tape for Des to use. The master tape was sent to Horsfall’s own Valve Analogue Studios (near Hebden Bridge in West Yorkshire, UK). Des then recorded his own vocal of the song onto a 3rd track. A decision was then taken to split the vocal into 2 parts, alternating between Pete and Des throughout, to create a conversation. The addition of twin fiddles by Slim Chance’s Charlie Hart and Steve Simpson (often referred to by Ronnie as ‘The Fishpool Philharmonic’) was the icing on the cake.

Des Horsfall is hoping that ‘The Bastard’s Tin’ will be released on a major label to enable the Kuschty Rye Project and get more exposure for Ronnie Lane’s Slim Chance back catalogue. Limited edition numbered and signed promotional copies are available only at live shows from 1 June 2015, while stocks last. 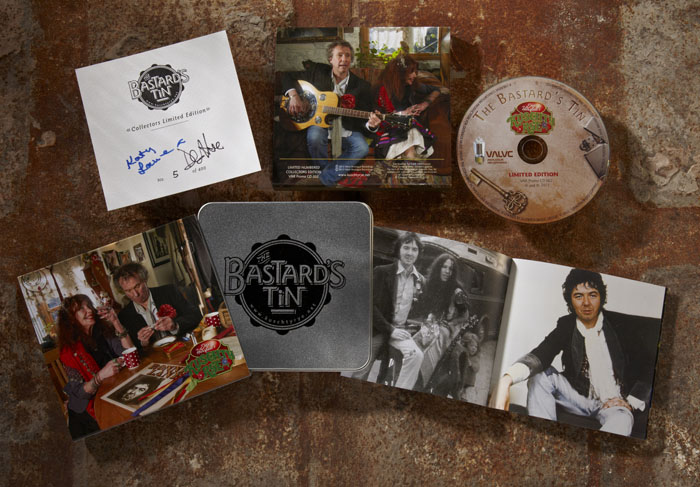 The new Kuschty Rye album also includes a Slim Chance style recording of ‘Going Mobile’ from ‘Who’s Next’. A professional video was shot during the early recording of this song by Flagtime Films.

Flagtime Films also made a video of the track ‘Stone’ at Valve Alfresco in July 2013 as the performance was actually being recorded live onto tape in the studio. The backing vocals were recorded later in the studio. The introduction, spoken by Kate Lane, was recorded as part of the conversation which introduces the songs on the second half of ‘The Bastard’s Tin’. Ronnie’s version of this song (then entitled ‘Evolution’) was included on Pete’s first solo LP, ‘Who Came First’. The song was recorded as ’Stone’ by The Faces on their ‘First Step’ album and again by Ronnie on his second Slim Chance LP.